Montana, although a small state, has hidden within it a number of talented people, who have carved a niche for themselves. This article will introduce you to most of them. 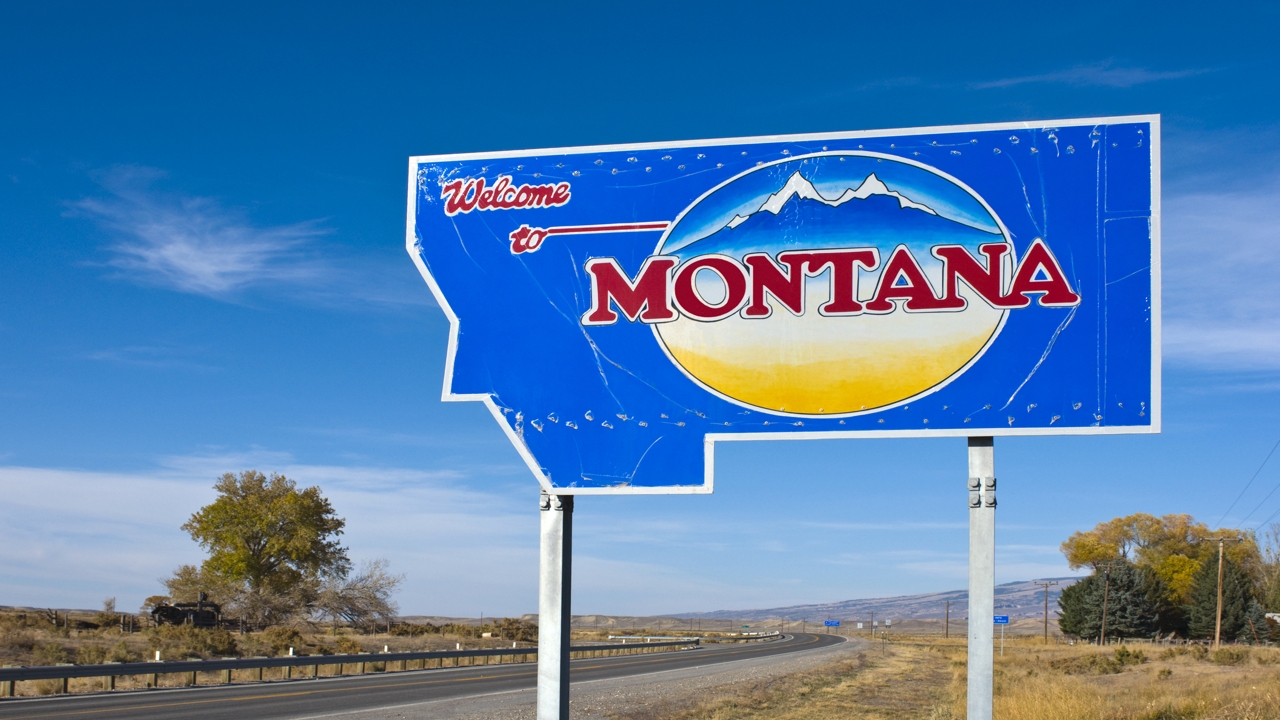 Montana, although a small state, has hidden within it a number of talented people, who have carved a niche for themselves. This article will introduce you to most of them.

Situated in the Great Plains and Pacific Northwest area of the US, and containing a good portion of the northern Rocky Mountains, the state of Montana is named after the Spanish word for “mountain”. It has also been variously called ‘Treasure State’, ‘Land of Shining Mountains’ and ‘Big Sky Country’. As these names suggest, Montana is famous for its scenic landscapes. Of particular note are the Glacier National Park, the Freezeout Lake Wildlife Management Area, the Bowdoin National Wildlife Refuge, a portion of the Yellowstone National Park, the National Bison Range in Moiese and the Beaver Creek Park in Hill County.

Hailing from the town of Missoula in Montana, he is an American actor and a stand-up comedian. He is known for his work as an anchor in the “Saturday Night Live” which got him the much-needed success in his initial days as an actor. He is a master at celebrity impersonation, which he uses during his comedy shows. He has been honored with the 90th position in the Comedy Central’s list of 100 Greatest Stand-Ups of All Time. He has done various other shows like Just Shoot Me!, LateLine, The Fairly OddParents, etc.

David Keith Lynch (1946-till date)
An American filmmaker, a television director, a visual artist, a musician and occasionally an actor, David Lynch is an all-rounder in its true sense. He belongs to Missoula in Montana, but he has spent most of his childhood traveling around the United States. He is famous for his trademark style of films, depicting a unique cinematic form with dream imagery, and punctilious sound. It has been tagged as the “Lynchian” style. His films are universally accepted as one that disturbs and mystifies its audience owing to violent scenes. His notable works include The Elephant Man, Twin Peaks, Eraserhead, Blue Violet, etc.

George Montgomery Letz (1916-2000)
Born in Brady, Montana, George Montgomery was a painter, sculptor and furniture craftsman before starting his acting career as a stuntman. His cowboy looks and skills bagged him his first role at the age of 18, in a film called “The Singing Vagabond”. From there, he made his way into the mainstream cinema by doing bit parts and then main leads. After doing 80 feature films, Montogomery retired in the year 1972. In appreciation for his work, he has been gifted with a star on the Hollywood Walk of Fame at 6301 Hollywood Boulevard.

Myrna Loy (1905-1993)
Born in Radersburg, Montana, Myrna Loy was famous for her roles in films like ‘The Thin Man’ series, The Great Ziegfeld, The Best Years of Our Lives, The Bachelor and the Bobby Soxer. She was also famous for getting herself listed on Adolf Hitler’s infamous black list.

Gary Cooper (1901-1961)
Frank James Cooper hails from the town of Helena in Montana. After a disheartening career as a salesman, Cooper found his first role in 1925. He then adopted a new name “Gary” which reflected a more rough-and-tough personality, after which, he did several successful and memorable roles. He has a star on the Hollywood Walk of Fame at 6423 Hollywood Boulevard, marking his successful career as an actor. In September 2009, in his memory, a US postage stamp featuring his photo was introduced.

The first person that comes to my mind when I think of Montana is the artist Charles Russell. He executed over 2000 paintings and bronze sculptures that captured the essence of the ‘Wild West’, portraying the Plain Indians, the cowboys and the grand western landscapes in an inimitable style. Charles Russell was born in Missouri, was infatuated with art and the idea of the ‘West’ from an early age. Finally, on turning sixteen, he moved to Montana to work at a sheep ranch. He progressed to working with cattle at the O-H Ranch in the Judith Basin, Central Montana, and continued creating art on the side. As the story goes, one winter he painted a small, postcard-size watercolor showing a skinny steer being stalked by wolves on a gray snowy landscape and the ranch foreman sent this painting to the ranch owner to inform him of the conditions on the ranch. The ranch owner and his acquaintances were very impressed and the work – “Waiting for a Chinook” – brought Russell the first taste of fame. You can see his works at the Charles M. Russell Museum Complex in Great Falls.

Will James (1892-1942)
Will James was a famous illustrator and writer of the American West and many of his books were made into Western films. His real name was Joseph Ernest Nephtali Dufault and he was born in Saint-Nazaire-d’Acton in Canada’s Quebec district. He showed a creative streak from an early age, but, as a teenager, began working as a cattle hand. He changed his name to William Roderick James and moved to the United States, where he worked his way around the country. He was jailed for a year in Nevada for cattle-rustling, and later did stunts in films, even joined the army for a while, and worked as a horse wrangler. Then, finally, he began concentrating seriously on his art and writing and had a successful career. He bought a ranch in Billings, Montana and his collected artworks and writings are displayed at the Yellowstone Art Museum. Some of his books are Smoky the Cow Horse, The Dark Horse and Home Ranch and Sand: The Story of a Man and a Horse.

He was an award-winning US author and poet. He was born in Browning, Montana in the year 1940 to Irish parents. In the University of Montana, where he studied, he was inspired by the writings of Richard Hugo, and from there he started his writing career. His novel Fools Crow earned him national literary awards and his poetry Last Stand at Little Bighorn won him an Emmy Award. His novel Winter in the Blood was reprinted in 2007 after his death.

Lester Thurow (1938-till date)
A former dean of the MIT Sloan School of Management, Lester Thurow was born in 1938 in Livingston. After doing his Bachelors in Arts in political economy, he also did his PhD in Economics from Harvard University in 1964. He has written several books on diversified economical topics. One of his books titled “Fortune Favors the Bold” was a bestseller. Apart from writing, he has also contributed as an economic columnist for various papers and magazines.

Jack Horner (1946-till date)
Born in Shelby, Montana, Jack Horner is the Curator of Paleontology at the Museum of the Rockies in Bozeman, and is credited with discovering new dinosaur species (the Maiasaura, the Orodromeus, new species of the Tyrannosaurus rex and others) and for original research work on dinosaur growth and developmental biology. He has published many papers, articles and books on paleontology. He was the basis of the character Dr. Alan Grant in the book ‘Jurassic Park’ and later served as a technical advisor on the film.

Philip Douglas “Phil” Jackson hails from the town of Deer Lodge in Montana. He has coached two teams through 11 NBA (National Basketball Association) title victories. He is the record holder for maximum championships in NBA history, as a player and a coach. His typical coaching technique has gained him the nickname of “Zen Master”. In 1996, he was conferred with a position among the top 10 coaches in league history. In 2007, he was given a place in the Basketball Hall of Fame.

Pat Donovan (1953-till date)
Hailing from the city of Helena in Montana, Pat has carved a niche for himself in the sports industry. He started his football career as one of the “Dirty Dozen” of rookies, and finally settled in the left tackle position. Sports Illustrated has ranked him as the 4th greatest Montana athlete of the 20th century. Apart from football, he has also gained recognition in other athletic competitions like shot put, javelin and discus. He is regarded as one of the greatest offensive tackles in the history of Cowboy franchise.

Jeannette Rankin, who was born in Missoula, Montana, was the first woman to serve in the Congress in 1917. She was the only Congress member to vote against US entry into the Second World War. She was a supporter of Gandhi and Martin Luther King, and opposed the Vietnam war.

Henry Plummer was the Sheriff of Bannack, Montana, who was hanged without trial by a group of vigilantes in 1864 for the alleged, never-proven crime of heading an outlaw gang on the side. There has been much controversy about whether he was guilty or not. A good-looking and well-spoken man, most accounts of the day picture him as a genteel, upstanding and resourceful individual. Yet, he also had a history of violence. About 129 years after he was lynched, he received a posthumous trial that ended in a split jury verdict.

Montana is a beautiful place, and the people who have originated from there and reached such great heights are attracting the due attention for this state. There are several unmentioned ones and definitely more to come, but these were the few distinctive names from each field.