An Overview of the Historical Events During the Baroque Period

The Baroque period was greatly patronized by the Roman Catholic Church, and this is evident all the way into the architecture of the churches from that age too. This period was largely defined by characteristics such as lavishness, and intense expression. Styles and paintings were inspired by the literature of Pagan and Christian themes. Indicating immense power and control were extreme characteristics of this age.

This speaks about the physical aspects of the age; then there is always a list of events that take place in every era, thus acting as a point of definition for them. In this article, we shall read about some of the events that took place during this period.

What’s in the Name ?

The word “baroque” finds its origin in the Portuguese word “barroco”, meaning, “a pearl of irregular shape”, which also acts as an implication to all things strange and bizarre. Another connotation to the word is detailed or elaborate artwork. Hence the architecture of this period was intricate designs. Reference to the Baroque period would mean talking about the years between “1600 to 1750”, thus referring to the era succeeding the Renaissance era.

Orchestra and Opera saw the light of the day during the Baroque Period.

Timeline of the Baroque Period – A Gist

1607 – Establishment of the Jamestown Settlement in North America

1610 – Ascension of Louis XIII to the French Throne

Timeline of the Baroque Period – In Detail

In 1602, the Dutch East India Company (a chartered company) was established in order to seek benefits from the Malukan spice trade, as also to secure their trade in the Indian Ocean. The company lasted well with immense prosperity through the 17th century, before it met its end in 1799. The last crowned head of the Tudor Dynasty, Elizabeth I, daughter of King Henry VIII and his second wife, Anne Boleyn, was born on 7 September 1533.Elizabeth I died in 1603.

Situated on the North American mainland, the Jamestown settlement was the first flourishing English settlement that had been established by the London Company, called the Virginia company. There were in all about 100 odd members who led the voyage. The settlement was founded by the banks of the James river.

Problems Faced by the Jamestown Settlement

There were innumerable reasons like famine, disease, and fights which almost erased the settlement until it was revived by another group of settlers in 1610. Named so in honor of King James I of England, the Jamestown Settlement was founded on the 14th of May, 1607, in the Colony of Virginia.

Born on 27 September, 1601, at Château de Fontainebleau, Louis XIII ruled as the King of France and Navarre from 14 May 1610 to 14 May 1643. Crowned as the king at the age of 9, Louis XIII became king upon the assassination of his father in 1610. However, since he was a minor at the time, France was ruled by a Regnant; in this case, his mother, Marie de Medici.

Louis XIII was engaged to Anne of Austria which strengthened the ties between France and Spain. At this time of the Baroque period, there was widespread religious upheaval which the king had to address to. The king and his wife Anne were blessed with a son, Louis IV. The son died due to tuberculosis at a young age of 41.

Possibly one of the most apocalyptic conflicts that European history may have seen, the Thirty Years War happened partially as a result of the ongoing struggle between the Protestants and the Catholics, but that wasn’t all. Political issues were also very evidently a major reason for this long-lasting war which finally came to an end in 1648, in the part of Europe that we today know as Germany.

The war began when there occurred the Protestant revolt against the Holy Roman Empire. This was a massive war that had engulfed almost all the European countries. The religious reasons dominated over the political, however, it was a battle for the attainment of power in the later part of the war years.

The year 1620 was the year of arrival of the settlers at the Plymouth Colony. The settlers were basically a group of English Separatists, the Pilgrims, who had dissociated themselves from the Church of England because they were not convinced that the church had completed the work of Reformation.

The ship of these people landed on the present day Massachusetts, following which there was formed a permanent settlement by the name of Plymouth Colony. Its inhabitants were known as the Pilgrim Fathers, or simply, the Pilgrims.

After the demise of his brother, Charles I was the next heir to the throne. He was not a very able ruler, for there were contant wars during his reign. However, he was considered a man of good taste, and there were a lot of artistic endeavors that happened during his time. There was also a widespread feud with foreign countries like France and Spain. He was executed in 1649.

It is in 1626 that Dutch explorers are said to have discovered New York. The man was Henry Hudson, and it was 4 centuries ago that New York was discovered. A land of immigrants today, New York first came into existence thanks to the Dutch settling in here. As a matter of fact, the Hudson river, Hudson bay, and Hudson strait, are all named in honor of Henry Hudson.

On the 8th of January, 1642 that the world lost a true genius. Philosopher, astronomer, physicist, and mathematician, Galileo Galilei died at the age of 77 in Arcetri, Grand Duchy of Tuscany, Italy.

Known as the Sun King, King Louis XIV reigned over France for 72 years, starting from 1643, and going all the way up to 1715. The King of France and Navarre, he has had the longest rule that any country has ever seen.

Louis XIV got an early start at the age of 4, though he couldn’t rule since he was a minor. However, once he did take over in 1661, he ruled like a king truly should. This period marked the end of the Commonwealth of England & the return of monarchy. The republic rule over England, Scotland, and Ireland since 1649, came to an end after 11 years in 1660.

Gian Lorenzo Bernini spent long years in the completion of St. Peter’s Square during this period. The open arena which is directly in front of the St. Peter’s Basilica in Vatican City, the place we all know as the papal enclave, took from 1656 to 1667 for completion.

The son of William II of Orange and Mary Stuart, William III never knew his father, due to his father’s death because of smallpox before his birth. He rose to the throne as crowned king on April 11, 1689, with his wife Queen Mary II (daughter of James II and Anne Hyde), whom he had married in 1677.

By himself, King William III ruled England all the way until his death in 1702, but together, King William III and Queen Mary II ruled until 1694, the year of the death of the queen. Since the king and queen had never been blessed with children, they had no successors to the throne, thus making Mary’s sister, Anne, successor.

An age filled with Puritanism, the Salem Witch Trials are definitely amongst the more commonly known events from this time period. Between the months of June to September 1692, at least 19 men and women were labelled for witchcraft and were hauled for hanging near Salem village. The Salem Witch Trials in Massachusetts are unquestionably always going to be part of those incidents which can never be forgotten.

We’ve always known about the more aesthetic aspects, such as music, literature, architecture, etc., of the Baroque period. Hopefully, now you’ll have a better idea of the significant historical events during the Baroque period too. 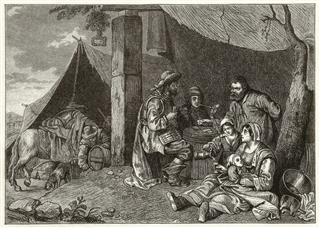 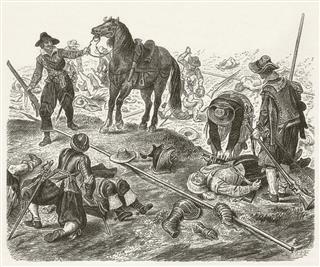 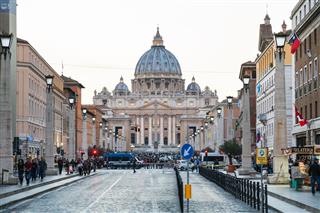 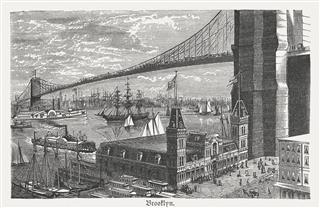 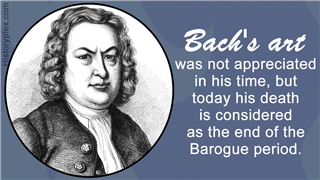 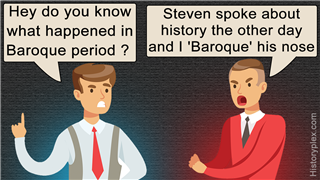