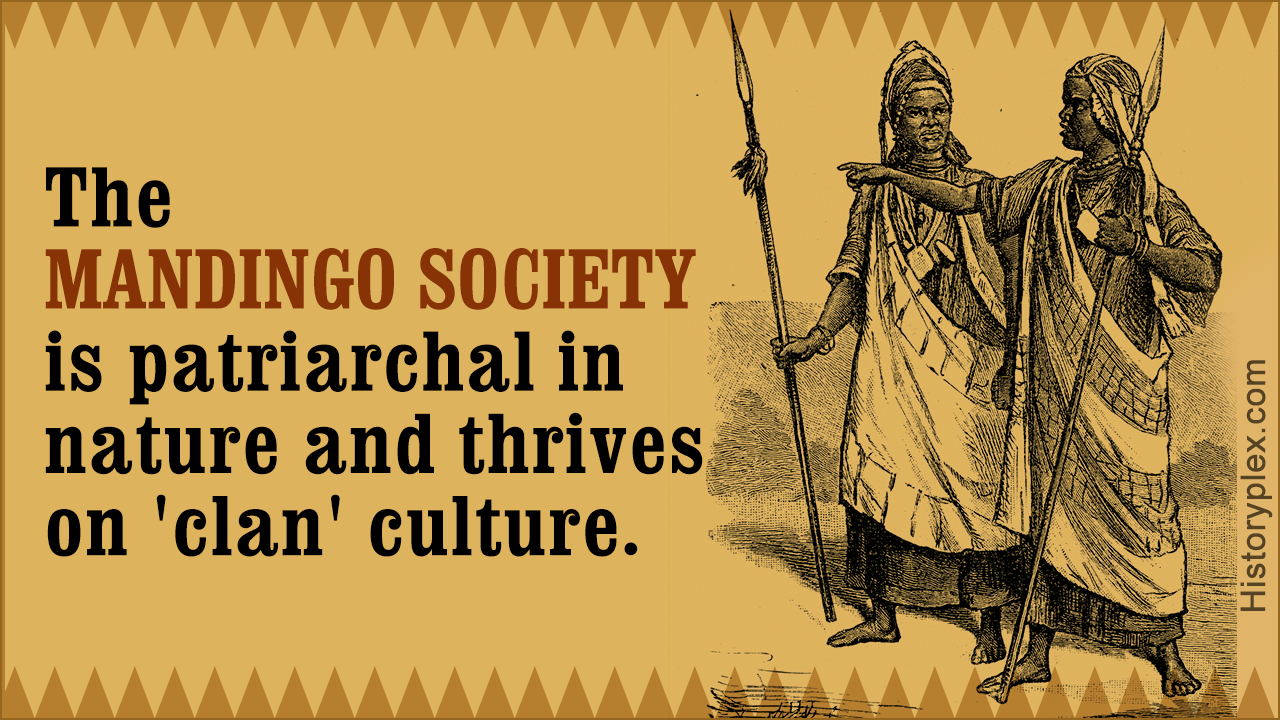 Did you know?
The Kora is a traditional Mandingo musical instrument with 21 strings. Historically, it was used to memorize the rulers’ lineages, and to sing their praises.

Mandingo, also known as Malinke, Mandinka, Maninka or Manding is a West African tribe, supposed to have links with the ancient Central Saharan lineage. They are Africa’s most prominent ethno-linguistic group, occupying large parts of Mali, Senegal, Mauritania, Gambia, Guinea, Guinea-Bissau, Sierra Leone, Liberia, Burkina Faso, Ivory Coast, Chad, and Niger. The Mandingoes are a branch of the Mandé ethnic group, which also comprises several other ethno-lingual communities such as Bozo, Bambara, Kpelle, and Ligbi. The language they speak is called Mandi’nka kango, and it belongs to the Niger-Congo family of languages. Sometimes, because it is the language of the Mandingo/Mandinka tribe, it is also casually referred to as the Mandingo/Mandinka language. While Mandi’nka kango is the main language of Gambia and spoken natively in other countries with Mandingo population, it is also an officially recognized minority language in Senegal. This focuses on the dominant place that the community occupies in West Africa. Because their population is spread out in a large geographical area, one finds numerous dialectic variations of their language.

* The image is credited to the U. S. Department of Agriculture, and shows a group of Mandingo women seated in a typical Mandingo settlement.

The Mandingo people are supposed to be the descendants of the inhabitants of the Mali Empire, believed to have thrived from 1230 A.D. to 1600 A.D. Before 1230 A.D., the history of the Mandingoes seems to be a little obscure, though some people consider them to be the original inhabitants of the legendary ancient city of Djenné-Djenno, the archaeological dates of which go back to the third century B.C. What we know for sure, however, is that they were not independent prior to 1230 A.D. because the Mali empire, which was essentially established by the Mandingo rulers, was their first ever independent empire that was set up after a long-lasting struggle for independence.

The Mandingoes migrated towards the west from the Niger River, straight into the heartland of West Africa in the Senegambia region, where the Mali empire was established. The main reasons for this migration, as cited in their oral and written traditions, were the search for better agricultural lands and the desire for territorial expansion. Their ancestors battled the semi-nomadic Fula forces of the Kingdom of Fouta Djallon. On arrival in West Africa, more than half of the tribe converted to Islam. They did not show much resistance while giving up their indigenous pantheist beliefs, and accepting the monotheistic Islamic belief structure.

In West Africa, which became their new home, the Mandingo people lived quite harmoniously along with the other settlers in the region till about the 15th century, when the Westerners arrived in search of cheap/free human labor. The need for additional farm lands, and the beginning of the Industrial Revolution were the root causes for the beginning of a period of slavery in the history of the Mandingoes.

Quite interestingly, this slave trade was carried out on long-distance trade routes that were established by the Mandingoes themselves, and there were numerous Mandingo merchants involved in the transatlantic slave trade. The irony was that the Mandingoes were sold as slaves to the Westerners by their own men. The hunt was for people who submitted easily and thus, from the 16th century to the 18th century, more than a third of the Mandingo population was shipped out of Africa to the Americas, the very reason why most of the African-American people in the United States today, are descendants of the Mandingo tribe.

Mandingo culture includes rich and varied musical and spiritual traditions. Though the impact of western education is negligible on the tribe, more than half of them can read the Arabic script. Their rural traditions include:

The Mandingo society is patriarchal in nature and thrives on ‘clan’ culture. The settlements are a characteristic of:

After their migration to West Africa, the Mandingoes enriched the region with surplus agricultural produce and a labor-intensive economy.

Today, with the introduction of western education, quite a number of Mandingo tribesmen have risen through the ranks to lead their respective countries to independence from their colonial masters. Some of them have also achieved international repute. Bearing a powerful history of numerous centuries, the tribe continues to make greater strides and rise to prominence.