A Short Summary of the Disastrous and Bloody Vietnam War

The Vietnam war was one of the major conflicts of the twentieth century, and threatened to blow the Cold War into a full-blown nuclear conflict. Read on to know more about the infamous war. 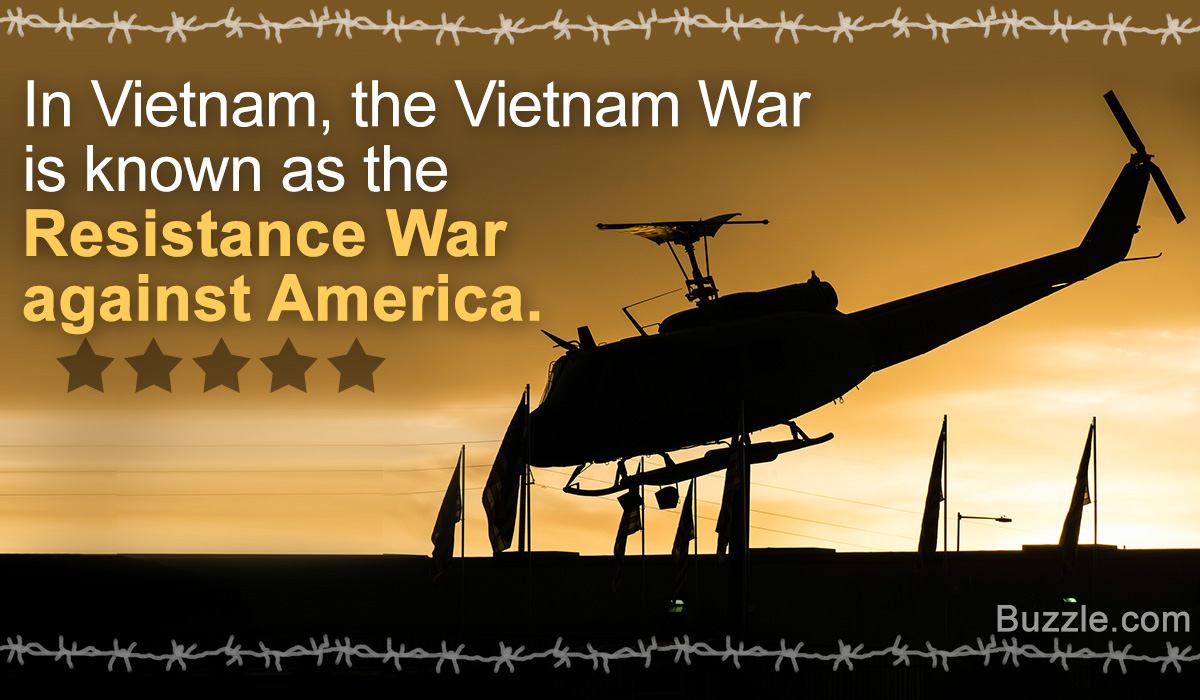 The Vietnam war was one of the major conflicts of the twentieth century, and threatened to blow the Cold War into a full-blown nuclear conflict. Read on to know more about the infamous war. 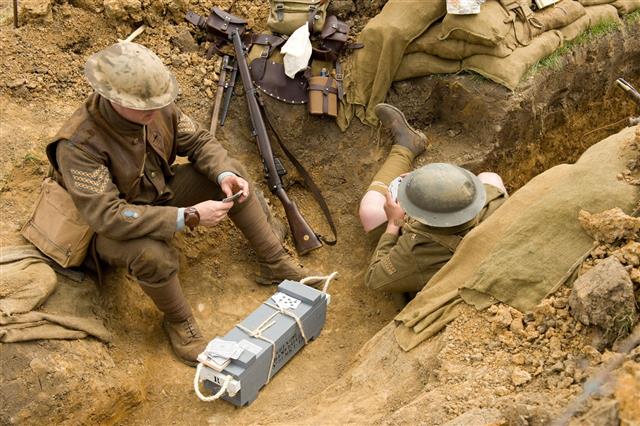 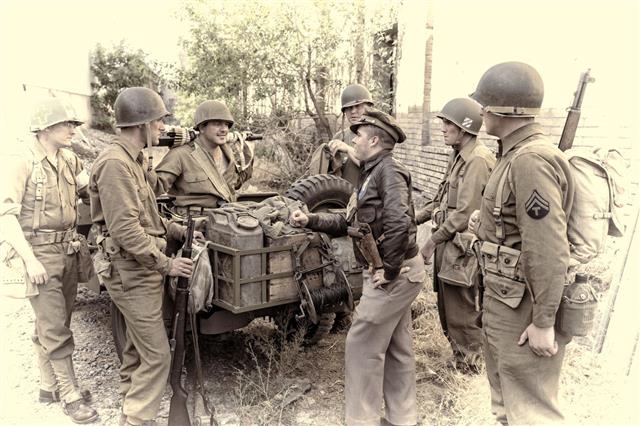 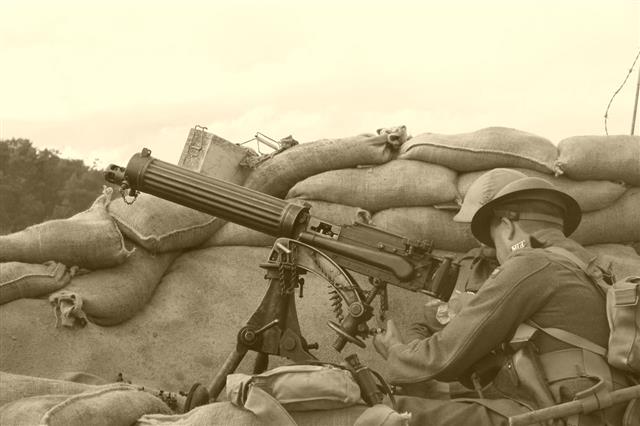 The Vietnam War was the longest military battle in the history of the United States. Active military action was carried out for almost 20 years, from 1 November 1955 to 30 April 1975. The Vietnam War is also referred to as the Second Indochina War, due to the involvement of all three countries previously constituting the French territory of Indochina. Over 1.5 million military personnel and an estimated 2 million civilians were killed in the war. The war ended with the Fall of Saigon, the capital of US-backed South Vietnam. Eventually, Vietnam was unified into a Communist state.

The French conquered Indochina, a region made up of modern-day Vietnam, Cambodia and Laos in the 19th century. The Imperial Japanese Army captured Indochina from the French in the course of the Second World War, but was forced to concede after suffering defeat at the hands of the Allied Forces.

The Geneva Agreement in 1954 split Indochina into three countries: Laos, Cambodia and Vietnam, which was divided along the 17th parallel. Whether the halves of Vietnam would be unified was to be decided after elections in both the regions.

Following continuous dispute over the contentious elections, Ngo Dinh Diem, who was an avowed anti-communist, established the Republic of Vietnam in the South. The Communist Viet Minh, led by the charismatic leader Ho Chi Minh, formed a ruling coalition in the North.

Diem’s administration angered large parts of the South Vietnamese population. Diem had been a part of the French administration of Vietnam (Indochina), and, as a devout catholic, was usually viewed with suspicion by the country’s primarily Buddhist population. This led to an insurgency, claimed by some to be instigated by Ho Chi Minh. The Southern Viet Minh began operations against the South Vietnamese military. In response, Diem approved tougher anti-communist laws, in addition to expanding the legal definition of ‘communism’, so as to help him quash more of his opponents under the laws prohibiting communism. On 12 December 1960, the National Front for the Liberation of South Vietnam (NLF) was created in the North. The NLF was rebranded by Western administrations as Viet Cong in later years. The Viet Cong was the primary driving force behind the Vietnam War, refusing the presence of US-backed South Vietnam and fighting for their cause. The Viet Cong and its central leadership was often deliberately hidden behind front organizations and kept in the shadows, allowing it to maneuver the struggle in relative placidity.

Diem was overthrown in a coup and executed on 2 November 1963. Seeking to take advantage of the volatile situation, Viet Minh increased its support for the guerrillas. Between 1963 and 1967, South Vietnam entered a period of instability as no government could establish a firm foothold, while the NLF scored some important military victories. In 1965, the US decided to initiate active military action in South Vietnam to secure the country against the advancing threat of the communist Viet Cong.

In 1968, the NLF launched a massive surprise offensive, attacking almost all major cities in South Vietnam. This was after a peace accord had been agreed that no attacks were to be made in the month of Tet, the first month in the Lunar Year. The South Vietnamese and American forces were caught by surprise and conceded early advantage to an excellently coordinated Viet Cong attack, but recovered and inflicted heavy losses on the Northern Army in the majority of battles. Even though the Tet Offensive was a disastrous military defeat for the Viet Cong (more than 100,000 Viet Cong soldiers died), it led the American media and public to see, for the first time, the accumulated power of the North Vietnamese forces. The American masses had largely been kept misinformed about the scale of war in Vietnam, and following extensive media coverage of the Tet offensive, President Lyndon Johnson’s popularity took a nosedive.

The incumbent US president Richard Nixon proposed “Vietnamization” of the war, with South Vietnamese troops taking charge of the fighting while receiving American aid and, if required, air and naval support. The Easter Offensive of 1972 saw the first real test of the policy of Vietnamization of the war. Although the South Vietnam forces won in the end, they had to be bailed out by a timely intervention from the superior US Air Force, proving that the South Vietnamese couldn’t wage a full-scale war against the Northern forces without substantial assistance from the West.

US forces also played a prominent role in destroying Viet Cong bases in neighboring Cambodia and Laos. Although the two countries were officially neutral, and provided no active assistance to North Vietnam, both were tolerant to the Northern forces setting up camps in their territory. Considerable stretches of the now-famous Ho Chi Minh trail also passed through Cambodia and Laos.

The Paris Peace Accord, agreed between North Vietnamese politician Le Duc Tho and US President Nixon’s National Security Advisor Henry Kissinger was reluctantly signed in January 1973 by President Nguyen Van Thieu of South Vietnam. This produced a ceasefire and allowed for the exchange of prisoners of war. The US withdrew its forces from the region under heavy pressure from the American public to end their involvement in the war. However, the removal of American troops destabilized the enforced calm and swung the balance in favor of the better-organized Northern forces.

By 1975, the South Vietnamese Army was staring down the barrel against a highly motivated, well-organized and well-funded Northern army. Much of the North’s ammunition and financial support came from other major communist countries (mainly, the Soviet Union and China). In early 1975, the North Vietnamese army launched a massive attack against the Central Highland province of Ban Me Thuot. The Southern troops were anticipating an attack against the neighboring province of Pleiku, and were caught off guard. President Thieu had all troops from the Central Highland relocated to the southern coastal areas, since with American aid waning by the day, a dispersed South Vietnamese army would be of no use against the North.

End of the War

Although many South Vietnamese units were ready to defend Saigon, the serving president Duong Van Minh (Thieu had resigned a few days prior to the Fall) ordered a surrender on 30 April 1975. This is said to have saved Saigon from destruction. Hundreds of thousands of South Vietnamese fled the country by any means possible: ships, fishing boats, barges, airplanes, helicopters, etc. Most were picked up by the US Seventh fleet in the South China Sea or landed in Thailand.

In 1961, the US had authorized the use of chemicals to destroy vegetation in South Vietnam, in order to counterbalance the heavy losses brought about by hit-and-run guerrilla squads, which were familiar with the natural rainforest terrain. Despite this controversial step, the US army continued to be plagued by well-organized ambush squads. Between 1961 and 1967 the US Air Force sprayed 12 million US gallons of concentrated herbicides (mainly Agent Orange, a lethal chemical containing the poisonous dioxin) over 6 million acres of foliage and trees, affecting an estimated 13% of South Vietnam’s land. It is reported that up to half a million children were born with dioxin-related deformities. Birth defects in South Vietnam were estimated to be four times as many as those in the North.

American involvement in the war resulted in long-lasting enmity between the unified Vietnam and the United States. Despite official normalization of relations in 1995, the US is still viewed unfavorably in the Vietnamese masses. Anti-war movements in America steadily grew as more details about the war were revealed to the American public. According to a survey conducted by William Lunch and Peter Sperlich, 52% Americans agreed with President Johnson’s to initiate war in 1965. They repeatedly conducted this survey at variable intervals (1-3 months) for 6 years. After a steady decrease, the aforementioned percentage had dropped to 28% in 1971, when Lunch and Sperlich stopped conducting the survey. The Vietnam war continues to be popularly viewed as a needless exercise resulting in the loss of several thousand American lives, while its morality is frequently questioned and debated; many believe that the war should have been treated as a civil war in Vietnam, and the US had no right to interfere in the internal matter of another country.

From the mid-1980s, when numerous economic and political reforms were brought about under the collective title of Doi Moi, Vietnam has enjoyed reduced social suppression, substantial economic growth and continues to be one of the fastest growing economies in the world. 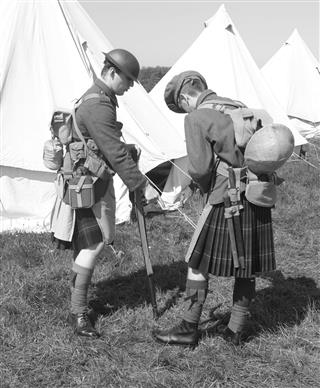 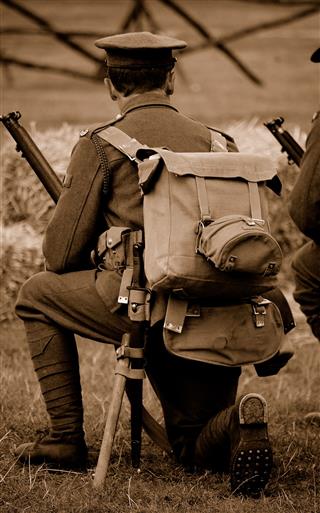 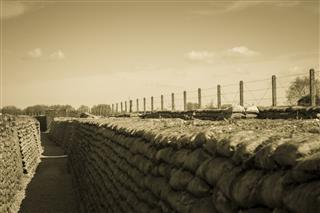 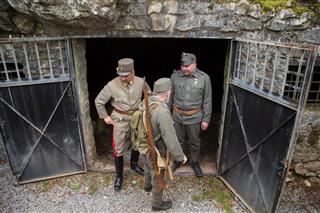 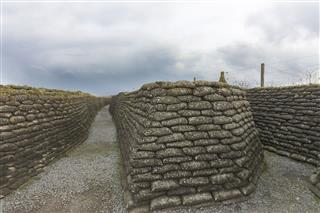 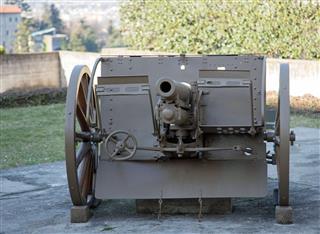 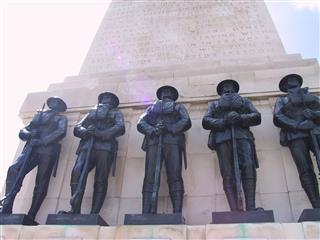