The Big Impact of the Harlem Renaissance on American Culture

The Harlem renaissance marks those moments that changed the face of the African-American, post American Civil War. Intellectual and cultural upliftment highlights this era forevermore. An overview of the subject in question, is narrated in this essay. 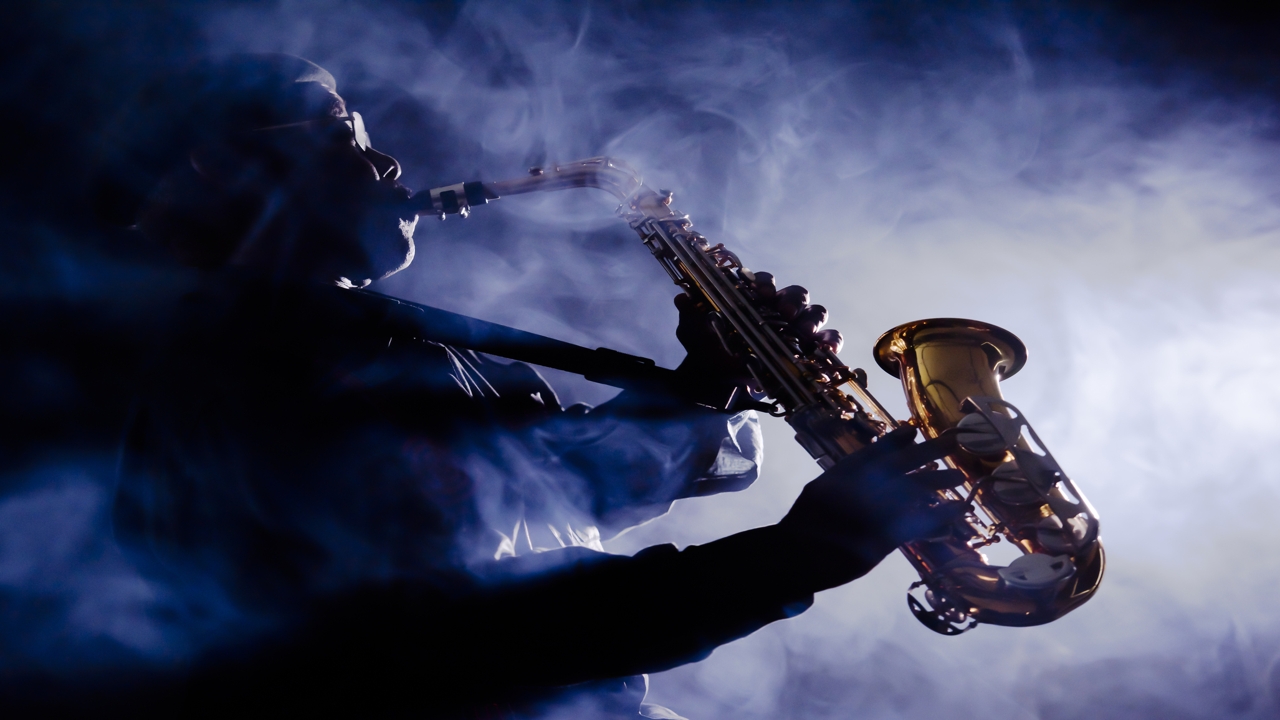 The Harlem renaissance marks those moments that changed the face of the African-American, post American Civil War. Intellectual and cultural upliftment highlights this era forevermore. An overview of the subject in question, is narrated in this essay.

What would remain a simple, not-so-eloquently-regarded neighborhood in New York, Harlem earned due recognition when the African-Americans migrated North, to fight the social suppression and intellectual oppression they stomached while in the South. The Blacks vouched for a space that gave them the freedom to deliver demonstrations of excellence in multiple spheres and so it was found in the land of Harlem. The flux following Racism, American Civil War and World War I, generated an upsurge for the African-Americans to move quarters.

The Era of Great Migration

Post the American Civil War in the year 1865, opportunities for garnering education and attaining employment was received as a welcome. This epoch was full of expectations; rejected and unfulfilled. The blacks were of the view that they would attain an equal right to claim benefits and showcase their credibility. However, in the year 1869, the supreme court crushed their enthusiasm by agreeing to conform to the idea of prevalence and subsequent permanence of racial malnourishment. This development in the Southern quarters led to the blacks migrating to the North. Racial discrimination, though prevalent in the North was not as harsh as it was in the South. Estimates further boost the mass migration movement with recording over 750,000 blacks moving North, out of which Harlem scaled 175,000 migrants. This movement is marked as the Era of Great Migration where Harlem was coveted with the title of being the ‘Mecca of the Blacks’.

The Blacks, along with their belongings, back-packed a dream so big, it had to have an outlet in the form of music, art and literary nuances, that seldom would have been discovered, lest, it was not for the blacks migrating.

The Great Migration had a longstanding effect by introducing an era, a renaissance that ushered with splendor for the Black community, only to be developed as a massive national movement. The influx and subsequent renewal of the Black clan, into the Northern region was regarded as the renaissance, which means re-birth. With all the candor and conviction, it was indeed, the renewal of an African-American who metamorphosed himself, from a rural, naive and ignorant being to an interesting, talented and confident clan. “The New Negro”, before being a cultural movement, borrowed its identity from a book with the same title, penned by an African-American author named Alain Locke. Ironically, this title reflects the true intensity and crux of the movement. The Harlem renaissance, as it is called, urged the revived African-American to define sophistication and command respect for his credible contributions in diverse intellectual faculties.

However, I beg to differ from the perspective of christening the Harlem era, a renaissance. It is an awakening but not a re-birth. It would have been agreeable if African-Americans had showcased their intellectual prowess in the past and renewed it by raising the intellectual bar further. It would be suitable to regard it as an age of positive aggression of the Blacks to make their presence felt in diverse fields. We may conclude that it was indeed the revival of Blacks, but it was a vigorous upsurge with regards to it being a movement.

The Harlem renaissance, as discussed, was the Black awakening that seeped through faculties of art, literature and music. Harlem along with the Blacks, was pregnant with expression, creativity, intellectual gift and thus, gave birth to poets of literary repute, groovy musicians, radical political leaders, enticing artists, expressive dramatists and visceral visionary novelists.

A field that the Harlem renaissance is predominantly known for, is the classic, thought-provoking literature it rolled out during this epoch. Radical ideas and vigorous social expression in the literary works had an impact on the Blacks and Whites alike. Noted poets include Countee Cullen, James Weldon Johnson and Langston Hughes. There were various themes that were experimented with and judiciously explored. Themes that Blacks could relate to, were dealt with; for instance the concept of alienation, the feeling of being regarded as downtrodden and rising from the ashes of misery. Richard Wright with his work, named ‘Native Son’ supported the spirit of this revolution. In the year 1925, a magazine named ‘Survey Graphic’ published write-ups by many authors such as Langston Hughes, Jesse Redmon Fauset, Jean Toomer and poet Claude McKay. Another important literary stance achieved by the African-American writers is the magazine ‘Fire!!’ It stayed for a short period but the editions were priceless, featuring works by noted novelists and poets.

It was during this time that an increasing number of Americans tried to ward off the horrors of WWI through indulging in activities that demanded time, yet were refreshing, and soothed the soul. Music was one such activity. Nevertheless, when one talks music, one talks accompaniments (read alcohol). Unfortunately, during this period, the Congress asserted that liquor consumption would be partially prohibited. The catch was to be clasped in a way that, liquor was available yet, difficult to obtain. This gave rise to an era where nightclubs ruled the roost. Liquor was not only available, but obtainable as well. ‘Speakeasies’, the fond term assigned to define nightclubs that oozed liquor, gave the African-American members an opportunity to conduct a get-together and have leisure conversations. Subsequently, the nightclub regulars craved for entertainment. Cotton Club, a famous nightclub had some of the famous musicians of the Harlem renaissance, like Lena Horne, Ella Fitzgerald, Duke Ellington, Cab Calloway, Bessie Smith and Louis Armstrong. Entertainment became a phenomenon and seduced the whites to attend the musicals in the nightclubs. The music could be characterized as groovy and vibrant. It was here that the acoustic experiences gained momentum, being referred to as the ‘Jazz Age’.

It would be no prejudice, when one opines that Art was articulated best during the Harlem Renaissance. A theme that most Black artists treated, was the ascendance of status of the African-Americans. There was pride, cultural sophistication and dignity that reflected through their paintings with motifs visually vivid yet diced with complex intricacies. The theme of freedom and the right to exercise liberty was also explored. Aaron Douglas, James Weldon Johnson were artists who depicted the social idiosyncrasies of the African-American members. Among sculptors, it was Richmond Barthe who introduced the concept of ‘black’ being ‘beautiful’ and detailed the graceful qualities of the Blacks. It was a collective attempt to boost the self-esteem of Blacks. Photography too, did well for itself and succeeded in making a mark of permanence by having image trappers like James L. Allen and James Van Der Zee, who made an attempt to freeze the social metamorphosis of the African-Americans.

Outcome of the Harlem Renaissance

This era was not just a national movement, but an impact creating a revolution of sorts. Harlem saw a never-seen-before dawn of work par excellence, in various fields, which gave African-Americans a renewed image and a fresh outlook. Harlem has been the breeding ground for creative endeavors by authors, poets, musicians and artists. It is due to this large body of work that Harlem is remembered as the ‘Mecca of the African-American’. Harlem, in itself, was a theme of cultural dynamism that evolved throughout.

Regarded as the ‘Roaring 20s’ of Harlem, the era ended and so did the African-American inclination toward art and literature. It was during this time that the Blacks considered diverting from their thought process; from cultural and artistic pursuits to the economic and business arena. However, Harlem would be forever remembered as the legendary land that created history for the African-American folk. To quote Langston Hughes; “Negroes – Sweet and docile, Meek, humble, and kind: Beware the day – They change their mind.”…and so they did! 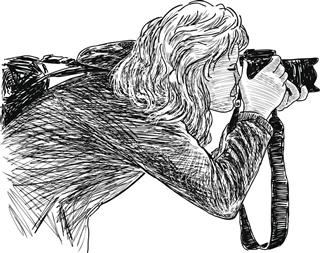 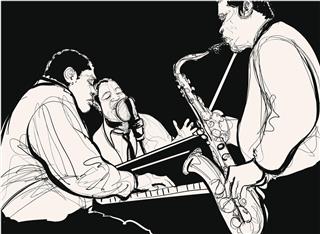 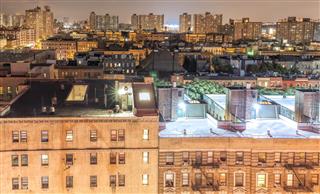