Interesting Facts About the Hupa Tribe That are Absolute Gold

The Native American Hupa tribe, also known as Hoopa, is believed to have migrated to north-western California around 1000 A.D. This Historyplex post states some interesting facts about the Hupa tribe, their beliefs, early history, and way of life. 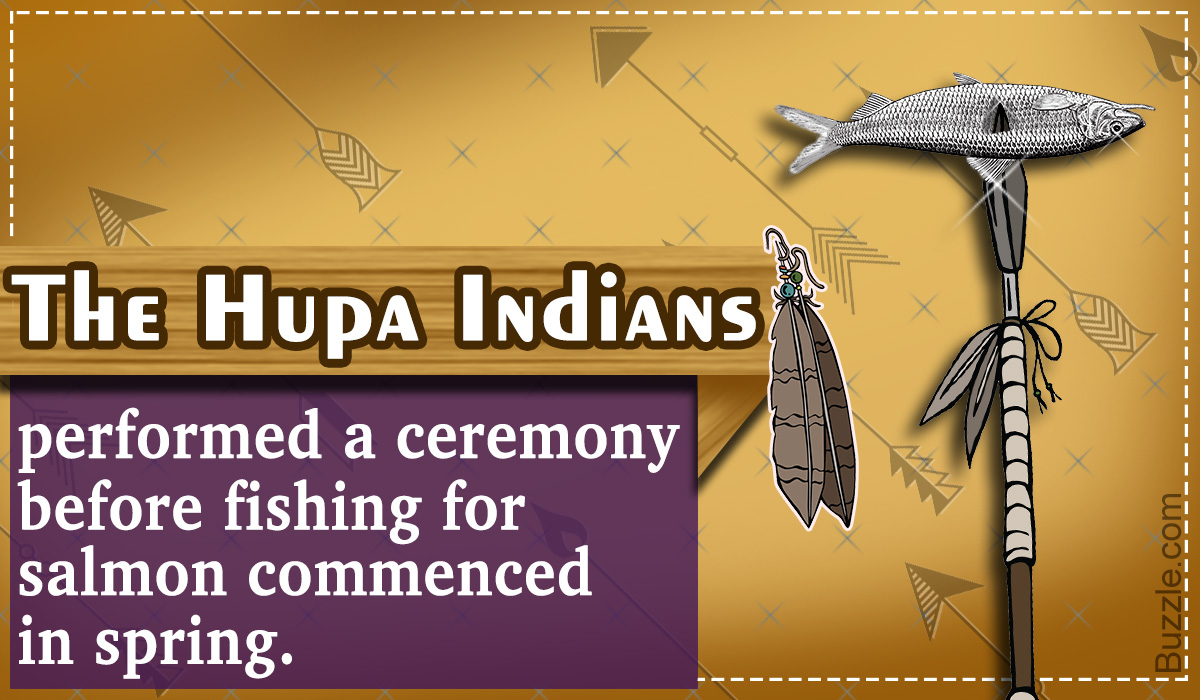 The Native American Hupa tribe, also known as Hoopa, is believed to have migrated to north-western California around 1000 A.D. This Historyplex post states some interesting facts about the Hupa tribe, their beliefs, early history, and way of life.

The Hupa tribe also call themselves Natinnoh-hoi, after Natinnoh, the Trinity River. It means people of the place where the trails return.

The name Hupa is derived from the Yurok word for the valley Hupo. The full name of the Hupa tribe is the Hoopa Indian Valley Tribe. This tribe occupied the valley of the Trinity river in California, from the south fork to its junction. The tribe spoke Hupa, which is an Athabaskan language. Even though Hupa is still spoken by many people, English is the main language for most of the Hupa descendants today.

So, who exactly were the Hupa people and how did they come to inhabit western California? Let us take a closer look at their origins and history to have a better understanding of this Native Indian tribe.

✦ Although Sir Francis Drake landed 30 miles west of the Hupa Valley, there is little or no written record on the heritage of this tribe till 1800 A.D. This tribe was first mentioned by the ethnologist George Gibbs, who in his report of 1852 mentioned the “Hopah”.

✦ There were an estimated one thousand Hupa Indians, living in secluded villages before 1850. The California Gold Rush brought many miners and settlers to the Hupa valley. This brought the Hupa Indians into contact with very high-handed white settlers, who had little respect for their tribe. The Hupa tribe were then under the control of a chief named Ahrookoos. A military outpost was set up in 1855, to maintain peace between the Hupa tribe and settlers, and was maintained till 1892. Unlike other Californian Native Americans, the Hupa tribe was successful in avoiding the destruction of their homeland.

✦ A treaty was signed between the Hupa tribe and the United States government in 1864. This treaty recognized the 141 square miles of area as land belonging to the Hupa tribe, which comprised almost ninety percent of their original homeland.

✦ In 1933, the first tribal council of the Hupa tribe was formed, along with a constitution and by-laws, and was recognized by the government.

✦ In 1988, President Reagan signed a treaty dividing the Hupa and Yurok reservations. Their union had been causing a rift in lumber issues. It recognized the Hupa territory as Sovereign. The second week of August is now celebrated as Sovereign Day.

✦ The Hupas always had an adequate food supply. Even though the valley was rich in game, the proximity to the Trinity river made salmon a core part of their staple diet. The tribe would conduct a ceremony prior to eating or fishing salmon. They fished for salmon in the spring when it swam upriver, in weirs, pound nets stretched across the river, or speared with barbs that detached but were tied to the pole by lines. They then sliced it thin and smoke dried it for use throughout the year.

✦ Another staple of the tribe was acorns which were gathered each fall. The acorns were ground to a flour in order to eliminate their bitter taste. The acorn was then cooked to a thin mush.

✦ Deer and elk were also hunted with the help of trained dogs and by driving them into the river and then chasing them in the canoe.

✦ The traditional houses were known as xontahs. These cedar-planked house were built around a square hole. A low spot in the center of the pit was lined with stones to make room for a fire. This warm area in the house was then adorned with shelves that served as a storage area. People entered the house through a small hole situated at one corner.

✦ Each family had a house or xontahs where they would eat their meals. The women and children slept in these houses, while the men and boys slept in the sweat houses, which were also used as club houses and workshops.

✦ Children would sleep with the women; however, upon reaching the age of 8, the boys would join the men in the sweat houses. During the acorn gathering season, they lived in roofless brush shelters.

Clothing of the Hupa Tribe

✦ Owing to the mild climate, warm and heavy clothing was not used often. The men wore breech clout made of buck-skin, and leggings made of painted deerskin. Their footwear was mainly moccasins that were made of buckskin with soles of elk hide. However, when it did get cold, robes made of animal skins were worn over the shoulders of both men and women.

✦ Women wore a two-piece buckskin skirt hanging below their knees with a thick fringe and covered them with aprons while they worked. For a hat, the women wore bowl-shaped basket caps, which also acted as a padding for the straps of baskets and cradles. Women adorned a tattoo of three broad stripes on their chin.

✦ For ceremonies, women wore double aprons that were fringed and fell below the knee and were fringed. These aprons had strands of shells and pendants of abalone shells. During dances, men wore headbands of deerskin with the woodpecker’s crest and stuck feathers in their hair.
Women, except widows, wore their hair long and sometimes, perfumed it with the stems of yerba buena. The hair was then tied in rolls with thongs and hung down in front of the ears. Both Hupa men and women pierced their ears and adorned them with pendants of abalone shell

✦ The Hupas conducted two ceremonies to celebrate, one was during the spring before fishing for salmon in April. This ceremony included the narration of the creation of the salmon, and the journey down the river and back. It was a ten-day ceremony, after which, there was a community feast and public fishing for the salmon would commence.

✦ The Takimildin translated into “The Place of the Acorn Feast” is where the Hupa ceremonies took place. However, it was also a spiritual center of the Hupa tribe and the place where the spiritual leader was selected. The two elaborate ceremonies conducted by the Hupas were considered to be incomplete without performing the “White Deerskin dance” and the “Jumping dance”.

Today the Hupa tribe, mainly descendants, are almost 3,000 in number. They live on the Hoopa Valley Indian Reservation, which is one of the biggest reservations in California. They are striving to maintain their culture by continuing to perform the age-old ceremonies in the traditional way.