Meaning and Facts About the Australian Aboriginal Flag

The Australian Aboriginal flag represents the Aboriginal people of Australia. It was designed by Aboriginal artist Harold Thomas, during the land rights movement in the early 1970s. Historyplex will enlighten you with some interesting facts of this flag, its history, and what it symbolizes.

Home / Uncategorized / Meaning and Facts About the Australian Aboriginal Flag 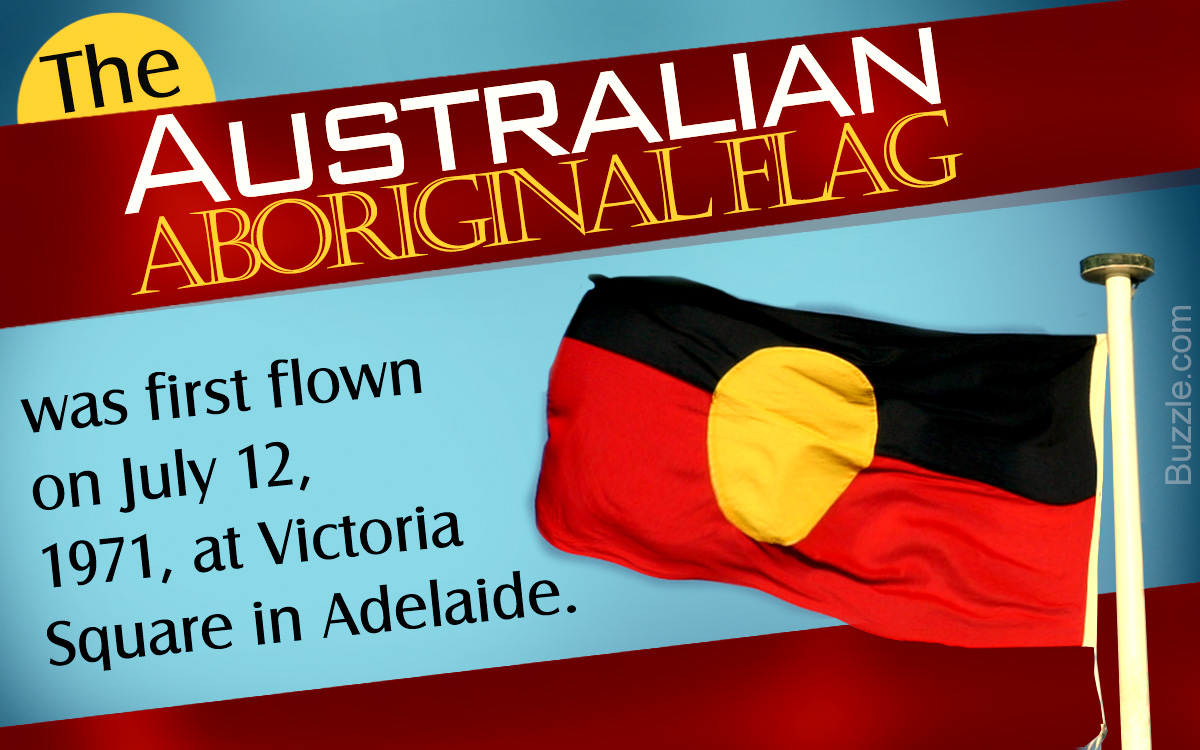 The Australian Aboriginal flag represents the Aboriginal people of Australia. It was designed by Aboriginal artist Harold Thomas, during the land rights movement in the early 1970s. Historyplex will enlighten you with some interesting facts of this flag, its history, and what it symbolizes.

Did You Know?
With its rising popularity, the Government of Australia finally decided to recognize the Aboriginal flag as the “Flag of Australia” under Section 5 of the Flags Act, 1953, on July 14, 1995.

The Aboriginal people were the original inhabitants of Australia, and possess a rich cultural heritage that all Australians, today, are proud of. However, it was not so not very long ago. With the advent of colonization, they lost their lands and faced the threat of being oppressed. In the 1960s, many activists raised their voice, and started protesting for rights of the Aboriginal people.

The Aboriginal flag is a symbol of the Aboriginal people of Australia. It was designed to symbolize their struggle for indigenous land rights in the early 1970s. It was Aboriginal artist and activist Harold Thomas, who came up with this idea, so as to gain attention and more visibility for their protests and cause. Harold Thomas had genuine passion for the Aboriginal fight, and this led to the birth of the flag.

While working in the South Australian Museum, he studied Aboriginal art, and felt the need for it to be more expressive. He gave the Aboriginals what they needed―a distinct identity. In 1997, he was officially accredited as the author of the flag and owns the exclusive copyrights for the flag. He has conferred exclusive manufacturing rights to Carroll and Richardson Flagworld Pty Ltd. Now, let’s take a look at the actual meaning of the colors on the flag.

Horizontally divided into two halves, the top half is black in color, and the bottom half is red. There is a yellow disc or circle in the center overlapping both colors. The following is the meaning of the flag colors as stated by Harold Thomas himself.

Facts About the Australian Aboriginal Flag

1972
Used in Canberra at the Aboriginal Tent Embassy

August 26, 1994
At the 1994 Commonwealth Games, Cathy Freeman, caused a stir by waving both the Aboriginal flag and the Australian National Flag, at her winning lap, despite opposition.

July 14, 1995
Aboriginal flag was proclaimed as the “Flag of Australia” under Section 5 of the Flags Act, 1953, by the Government of Australia.

April 9, 1997
Federal Court of Australia declared Mr. Harold Thomas as the copyright holder for the design of the flag.

May 28, 2000
Flown over the Sydney Harbour Bridge at the 2000 “March For Reconciliation”, where thousands of indigenous and non-indigenous people walked together to symbolize their unity.

2001
30th Anniversary of the flag witnessed people gathering in thousands to carry the flag from Parliament House to Victoria Square.

2002
Flown permanently at Victoria Square and the front of the Adelaide Town Hall, following the recommendation of Council’s Reconciliation Committee.

► No prior permission is required to fly the Australian Aboriginal Flag.

► The flag should be displayed with black on the top and red at the bottom.

► However, since it is covered under Copyright Act 1968; it cannot be reproduced without the permission of Mr. Harold Thomas, and should be used in accordance to rules and regulations of the Act. Of course, it can be purchased from Carroll and Richardson Flagworld Pty Ltd.―the exclusive owner of manufacturing rights of the flag.

► Requisite protocols mentioned by Commonwealth Flag Officer are to be followed before displaying the flag.

The Australian Aboriginal Flag is a testimony to the Aboriginal struggle and has helped the struggle in many ways―people proudly can proclaim their identity by hoisting the Aboriginal flag, or flaunt it on their shirts. A lesson we all need to learn is to be aware of our history and heritage. This is the power of art, artist Harold Thomas has proven that colors and symbols can be a strong medium to create awareness. Kudos to him and Aboriginal art!