The Story Behind The Colt – The Gun of the Wild West!

This is the story of the Colt, which was more than just any revolver. In this article, we'll take a look at its history and understand why it gained so much popularity.

Home / Uncategorized / The Story Behind The Colt – The Gun of the Wild West! 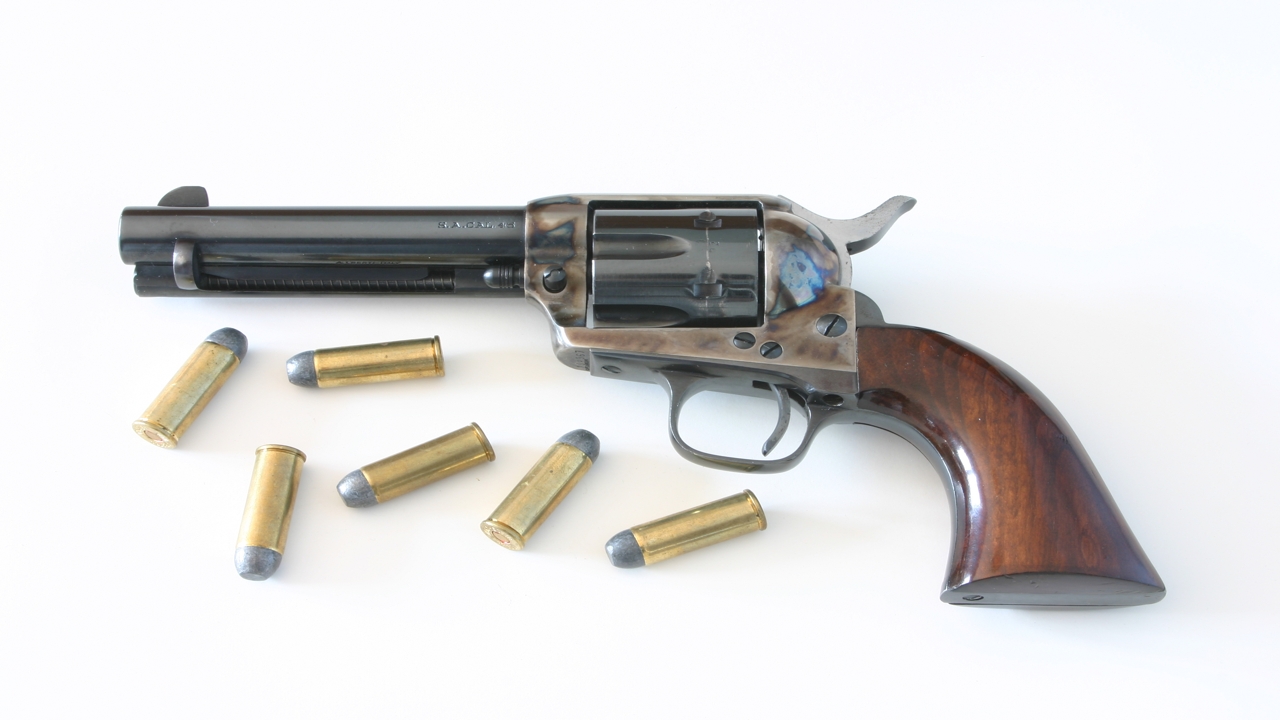 This is the story of the Colt, which was more than just any revolver. In this article, we’ll take a look at its history and understand why it gained so much popularity.

On the 16th of July, 1869, a gazette for the technology-minded people styled as ‘The Engineer’, reported the following:

“Last Saturday afternoon a trial of the new Colt system of breech-loading revolvers took place at the Crystal Palace …We have not seen the new system thoroughly tried, and therefore we cannot express an opinion as to its success, but at present we are not inclined to think that it is the most simple contrivance that could have been suggested.” And thus went the journey of the household name for handguns – the Colt Revolver.

The inventor of this simple yet lethal weapon was Samuel Colt, and hence the name. A born weapon enthusiast, Colt is known to have taken apart and refitted his father’s field gun at the age of seven. However, it was not until his 1830 sea trip to India that Colt first stumbled upon the idea to devise his own model of a handgun that would not load from a muzzle but rather be loaded from a rotating breech built into the weapon. It is believed that the ‘turning and locking’ action of the ship’s capstan first planted the idea in his mind, and Colt had soon carved a wooden model of his invention. In 1831, when Colt returned to the United States, Henry Leavitt Ellsworth, the then Commissioner of the United States Patent Office encouraged him to obtain a patent for the model. On February 24, 1836, the patent was granted and by March the same year, commercial production of the Colt had begun under the banner of ‘Patent Arms Manufacturing Company’. Surprisingly, the new design did not generate much interest at first, causing the company to go into liquidation. That, and the ensuing litigation brought production of Colt Automatics to a complete standstill, and it was not until 1847 that revolvers were once again available in the market.

The mechanism of the first revolver was not much different from the front-loading flintlock pistols, except for the introduction of a revolving chamber (and hence the name revolver) and an automatic extractor for the shells. While in the case of flintlocks, extraction was a manual process, in the revolver the revolving chamber was spun automatically on firing, to bring the extractor head underneath the shell, whereupon the extractor would strike at the base of the shell, removing it from the chamber. While seemingly not a great development, the new technology enhanced the bullet carrying capacity of the pistol and hence gained rapid popularity, as compared to the flintlocks, which were one or two barreled, the colt could hold five or six shots in its chamber.

In 1873, the Colt Single Action Army special (also known as the “Peacemaker”) was introduced. A .45 Caliber model, it gained rapid popularity after its induction into the U.S. Army. In fact, General George Patton is known to have carried a nickel finish and ivory grip .45 Colt SAA during the Second World War.

The initial weapon had a drawback though. A single-action revolver, it required the shooter to cock the hammer manually after each shot was fired, thereby losing out on the speed factor. To overcome this shortcoming, in the late 1880s, the New Model Double-Action revolver was launched in two calibers – the .38 “Lightning” and the .41 “Thunderer”. Both the models featured a long trigger pull to both turn the revolver’s cylinder to align a fresh round with the barrel and to cock and release the hammer to fire the round. Subsequently, in 1889, the .38 M1889 was launched with a swing-out cylinder design, with a spring latch on the left side of the revolver to hold the cylinder in place. However, the counter-clockwise rotation of the cylinder caused it to wear down, and it was not unusual for the cylinder to go out of alignment with the barrel. To remedy this, the 1896 model .38 M1896 had a safety mechanism developed by Frederick Felton attached to the lockwork. The mechanism prevented the revolver from being fired when the cylinder was not secured in place. In fact, with a muzzle velocity of 785 feet per second and a 6-round capacity, the 1896 model is probably the first “complete”, fully evolved version of the revolver.

While revolvers traversed a long way since then, the Colt continued to remain the favorite, the greatest reason for its popularity being the simplicity of design and the accuracy over short ranges. This made them ideal weapons for self-defense as also for hunting.

However, with stringent gun laws and the general worldwide restrictions on hunting, revolvers have now gone out of fashion to be replaced by the modern-day pistols which have a greater magazine capacity, even though handguns like the .38 Special continue to be used by the police forces the world over. And the technology behind the revolver lives on in other, more sophisticated weapons such as grenade launchers. After all, how can a weapon about whose creator they used to say “God made all men, Samuel Colt made them all equal” ever fully die out? 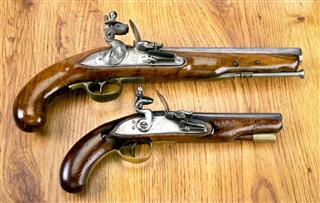 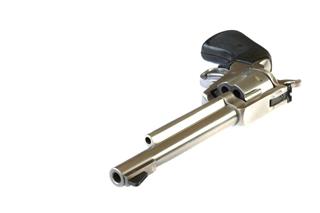