Africa is so diverse in its culture that there is ample reflection of the same in their attire too. In this Historyplex article we shall take a look at one of the most unique creations which belongs to West Africa. This creation is known as the Kente fabric.

Africa is so diverse in its culture that there is ample reflection of the same in their attire too. In this Historyplex article we shall take a look at one of the most unique creations which belongs to West Africa. This creation is known as the Kente fabric.

In Kente fabric, the warp is black, while the weft is diverse and rich in colors.

If you have ever wondered what is that fabric which endures the brightest hues, and embraces those mysterious symbols all across, and flaunts some exquisite geometric patterns, all of which lend it a strange shade of royalty, then know that it is the Kente fabric that sets the onlooker in awe!

The most important feature of the fabric is the use of colors. In fact, colors play a significant role in the making of the fabric, for they represent different meanings. The next important feature of the fabric is the use of patterns that are woven on the cloth. Depending on the importance of various events, the right colored Kente cloth is chosen to be worn. The Ashanti people of the West African region are the proud creators of Kente fabric. Well, this is just the tip of the iceberg. To know more on the emergence and the acceptance of the Kente fabric, you have to read the remaining sections of this article.

It is one of the most acclaimed fabrics that is by no means an unheard of creation.

It was first developed by the people of the Ashanti empire, also known as Asante. This empire is known as Ghana to this day.

The fabric is also known as nwentom (in Akan language), and is a combination of silk and cotton fabrics. The people of this empire were Akan people who spoke Akan language.

The weaving style included the arrangement of the thread in narrow strips which were placed in the form of warp and weft to create complex designs.

Placing the weft in varying rows results in the formation of varying geometric shapes such as an hour-glass, triangle, wedges, circles, rectangles etc.

This cloth is not only significant in terms of beauty and aesthetics, but has garnered respect as the cloth for royalty, and sanctity.

But this did not limit the use and acceptance of the fabric only to the royalty, but is also used by common men on ceremonies and special occasions.

The narrow strips are designed in various ways, and are then woven together to make various robes, and outfit.

History states that Kente originated about 400 hundred years back around the 17th century in an accidental encounter when two friends spotted a spider, weaving its web in the forest. The spider is known as Anansi, and stands for tricks and wisdom.

Hence, it is safe to say that the design became one of the legendary designs on the Kente fabric.

The historical practice of associating the fabric with the royalty is still alive. Even now, when there is some new creation made out of the Kente fabric, it is first dedicated to the royal family.

The fabric is made available to the common masses only if the royal house doesn’t accept the same.

The Kente fabric gained fame during the rule of King Osei Tutu-1. The weavers were specially sent to Bondugu, alternatively known as Bontuku for improving and attaining perfection in weaving the fabric.

Each piece of Kente cloth is given a unique name which has historical and philosophical importance.

Tradition of kente cloth patterns is the representation of complex meanings with the aid of designs. These designs have symbolic meaning which are adapted from the ancient Ashanti tradition and culture.

There are many designs which are inspired from folklore, parable, short stories, and adages. The designs are also an embodiment of meanings pertaining to the gender of the bearer of the dress.

It was a customary practice to exclude women from the production and design of the kente fabric. Only men were allowed to carry on the work of production of kente fabric. However, this practice was restricted to the bygone era only, and things have changed for the better since then.

The kente cloth is a hub of vibrant and lively colors. What is vital to know is the meanings that are associated with these colors, and the use of the same in the fabric. Below given is a comprehensive list of some of the most commonly used colors in kente fabric.

There are a multitude of symbols and patterns that are woven on the Kente. In this section, we shall take a look at some of the most significant patterns, that are etched with deep meanings about life and its various facets.

Anansi is the spider which is pivotal in the tradition and culture of Ghana. It symbolizes trickery. It is the very spider that inspired two friends who later on developed this extremely famous kente fabric weaving designs and style. Whether it is just Anansi on the kente, or the Anansi spinning its web on the kente, both are equally important.

The golden stool is not only the symbol of pride for the ruler of the Ashanti people, but also for the hub where the soul of the entire clan rests. It is of utmost importance for these people. The stool is covered entirely with gold. There are many legendary tales associated with this golden stool; many wars have been fought in the past for the sake of this stool.

This is a design which is rich in its symbolic meaning and description of that meaning. The Niata is a two-edged sword. The symbolic meaning attached to it is that this feature of having two edges, or two sides makes it both favorable and unfavorable. So, anything that has two edges can have the positive as well as the negative sides to it.

This is one of the very deep yet very relevant designs that was developed by the Ashanti. This is symbolic of the zig-zag path that life provides to the mortals. Nothing on earth is static and resistant to change. Everything is supposed to change. Everything is versatile. There are both the good and the bad times that make people’s life a challenge to live.

The literal meaning of the term, Ohene is a king or a ruler. The above phrase means that the king is omniscient, and he knows everything. Nothing can pass by his eyes, unnoticed.

The noteworthy point now is the accessibility that can be exercised by the common masses to use the kente fabric unlike the older times when the use was limited to only the royal class. It is thus, for this reason that the fabric is now woven using cotton, rayon, and other similar fabrics instead of only silk. This significant change will lead to wider adoption of the fabric, and thus will not be a thing of the past, anymore. 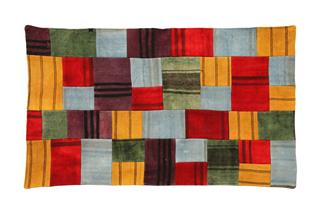 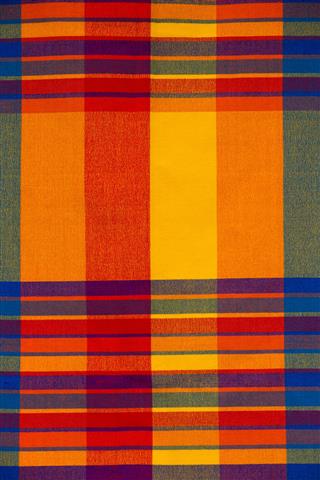