Understanding the Meaning of the Pledge of Allegiance Words

The Pledge of Allegiance is the official oath of loyalty to the Flag of the United States of America. Read on to know the official phrasing of this important oath, and the changes it has undergone since its conception.

Home / Uncategorized / Understanding the Meaning of the Pledge of Allegiance Words 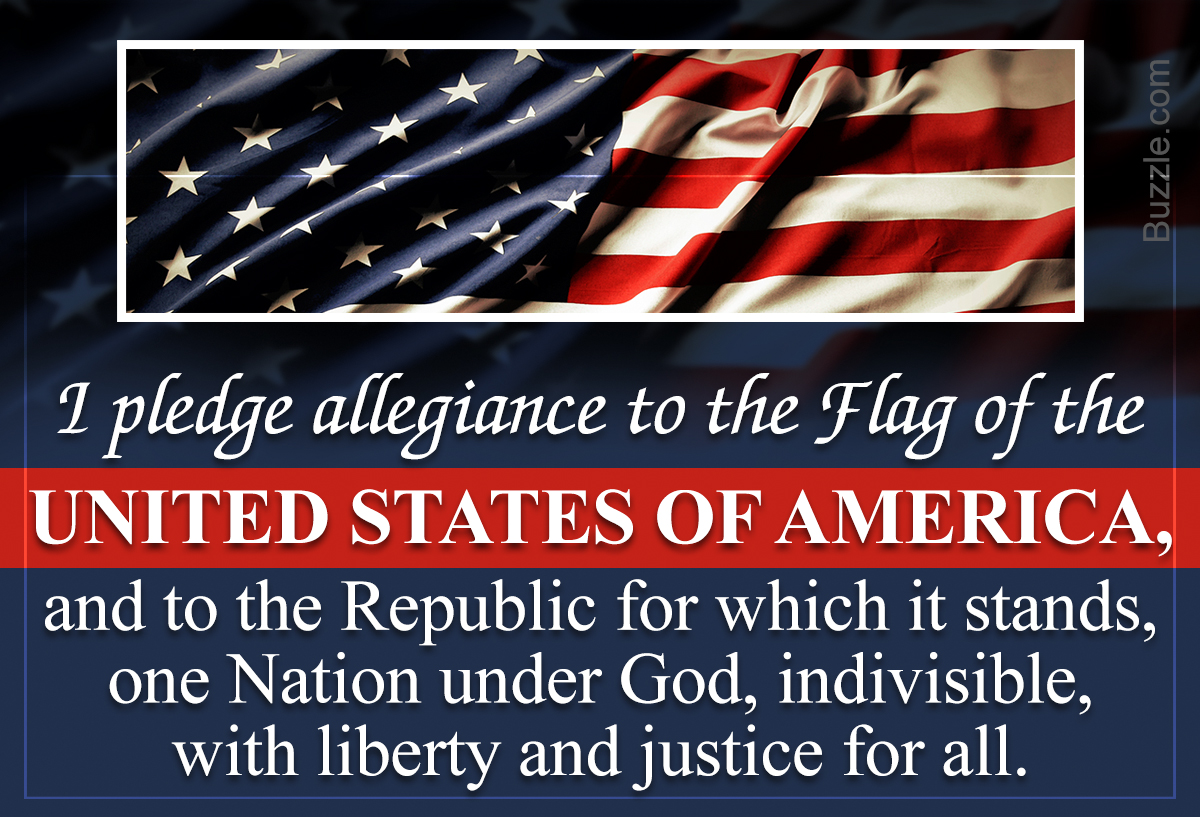 The Pledge of Allegiance is the official oath of loyalty to the Flag of the United States of America. Read on to know the official phrasing of this important oath, and the changes it has undergone since its conception.

The Pledge of Allegiance to the United States is an oath of loyalty to the nation, represented by the federal flag. Although it was written as early as 1892, the pledge was officially recognized by the United States Congress in 1942.

Since then, the Pledge of Allegiance has gone on to become an important, albeit controversial at times, oath signifying one’s loyalty to the American Flag.

All local government meetings level and sporting events start with the Pledge of Allegiance being recited, and Congressional sessions are also opened with the Pledge. Although it is not legally binding that students recite it, the Pledge is commonly recited at the start of school days. Students who do not wish to recite the Pledge have the right to remain silent through the recital.

The present version of the Pledge of Allegiance runs as follows:

I pledge allegiance to the Flag of the United States of America, and to the Republic for which it stands, one Nation under God, indivisible, with liberty and justice for all.

The Pledge of Allegiance has been revised 3 times, each time with the addition of some phrase to the original form.

Francis Bellamy, a Baptist minister and Christian socialist, drafted the original Pledge of Allegiance in the quadricentennial year of Christopher Columbus’ discovery of America, 1892. It was published in the children’s magazine The Youth’s Companion, and was first recited in schools on October 12, 1892.

Francis Bellamy wanted the Pledge of Allegiance to be short and crisp, with the message of loyalty to the American flag being conveyed concisely and unambiguously. The original words of the Pledge were:

I pledge allegiance to my Flag, and the Republic for which it stands, one Nation indivisible, with Liberty and Justice for all.

Bellamy wanted to include Equality and Fraternity in the pledge — on the lines of the motto of the French Revolution (Liberty, Equality, Fraternity) — but in times when racism was rife, he decided to withhold the two potentially controversial terms.

After being set as a daily routine in public schools since 1892, concern over the usage of the phrase ‘My Flag’ was expressed in the First National Flag Conference in Washington, D.C, held on 1923. By that time, migrant population in the United States had climbed to considerable proportions and the use of the words ‘My Flag’ could have caused confusion between the flag of the United States and the flag of the native countries of the migrants. Hence, to remove the disparity, the phrase ‘Flag of the United States’ was introduced in place of ‘My Flag’. Hence, the Pledge, as it stood in 1923, read (change highlighted):

I pledge allegiance to the Flag of the United States, and to the Republic for which it stands, one Nation indivisible, with Liberty and Justice for all.

The next year, the Pledge underwent another change when the word ‘America’ was added to the Pledge. The Pledge of Allegiance words now read:

I pledge allegiance to the Flag of the United States of America, and to the Republic for which it stands, one Nation indivisible, with Liberty and Justice for all.

The third change, made by President Eisenhower on June 14, 1954, included the phrase ‘one Nation under God’ instead of ‘one Nation’. This change created the modern Pledge of Allegiance as we know it today.

What Does It Mean?

Oftentimes, the Pledge is learned by rote, without paying attention to its most important component — the meaning it conveys. The simple meaning can be lost in the carefully worded bouquets of flowery phrases. Here is a simple interpretation of the official wording of the Pledge of Allegiance.

I pledge allegiance — I promise my loyalty
to the Flag of the United States of America — to the Flag symbolizing the USA, and all of its 50 states,
and to the republic for which it stands — a country where people have the right to choose their representatives to form the government,
one nation — a united nation
under God — God willing / having faith in God
indivisible — a country that cannot be divided
with Liberty — personal freedom
and Justice — fair treatment from the law
for all — for each and every citizen of the country

The wording of the Pledge has caused controversies on several occasions; Jehova’s Witnesses consider saluting and pledging loyalty to a Flag idolatry, the phrase ‘under God’ has invited criticism from atheists and polytheists, and there are calls to make it more lucid, considering that it is primarily recited by school children, who are too young to understand its meaning.