Problems With the Articles of Confederation

There did exist quite a few problems with the Articles of Confederation, which prompted the people of the United States to replace it with the new U.S. Constitution in 1787.

Home / Uncategorized / Problems With the Articles of Confederation

There did exist quite a few problems with the Articles of Confederation, which prompted the people of the United States to replace it with the new U.S. Constitution in 1787.

The Articles of Confederation was created in November 1777 and ratified by the thirteen original states in 1781 in a bid to form the basis on which the national government was to function. Though it didn’t quite serve the purpose, it did create some issues for the United States at the national and international level. As a result of the problems with this agreement, on February 21, 1787, the Congress finally took the decision of revising the same.

When the delegates met at the Philadelphia Convention (A.K.A. the Constitutional Convention) to assess these problems, they came to a mutual agreement that it was better to rewrite the constitution, instead of revising the existing agreement, and thus came into existence the new U.S. Constitution.

The Articles of Confederation was created as the first Constitution for the United States in the Second Continental Congress, a convention of delegates from the thirteen original states which began in Philadelphia, Pennsylvania, on May 10, 1775. Some of the key features of this written agreement included …

These and other such features of this written agreement turned out be its biggest weaknesses, which eventually sounded the death knell for this agreement and it was replaced by the U.S. Constitution that was drafted at the Philadelphia Convention of 1787.

Problems With the Articles of Confederation

The weaknesses of this agreement existed in plenty, and almost all of these revolved around the fact that the states had more power than the national government. There was no president―the head of the executive branch―to look into the matters of the nation as a whole. The judicial system was crippled with every state having its own laws. Even though it was a unicameral system, the Congress was reduced to the position of mere spectator which had absolutely no enforcement powers of its own. With not much power in its own hands, the national government had no option but to resort to the other states for support. A legislation, irrespective of whether it was asking for financial help, getting into a war with some foreign country, or getting into some international treaty, required a nod from nine of the thirteen states. If that was a difficult task, the unanimous approval required to amend the Articles was virtually impossible.

The Articles had no provisions for the national government to levy taxes on its citizens and therefore, the government was entirely dependent of state donations when it came to financing. The national government didn’t have the right to regulate trade and commerce. The states looked into these matters on their own and even indulged in trade with foreign nations. In short, each of these states had its own constitution, which mattered more than the Articles of Confederation for these states. The country had to face several problems at the national as well as international level when this written agreement was put into practice. This was severely criticized by nationalists such as George Washington, James Madison, and Alexander Hamilton. Washington described this agreement as “little more than a shadow without substance.“

As we mentioned earlier, the problems with the Articles paved way for the new constitution of the United States. The new Constitution was drafted by delegates of various states, including James Madison, George Washington, William Pierce, Gouverneur Morris, Benjamin Franklin, Thomas Paine, George Wythe, John Dickinson, etc. Most important of all, these American leaders, popularly known as the Farmers of the Constitution, ensured that they got rid of all the weaknesses of Articles whilst drafting the new constitution. 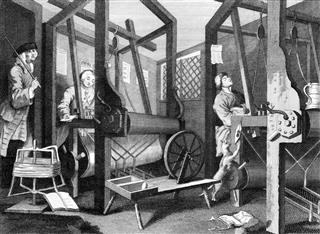 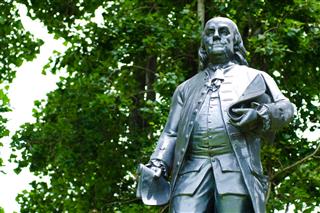