A Definitive Look at the Pros and Cons of Imperialism

Imperialism, as old as the civilization, is the physical and geographical domination over the society for its expansion or exploitation. Here, we enlist the pros and cons of imperialism.

Imperialism, as old as the civilization, is the physical and geographical domination over the society for its expansion or exploitation. Here, we enlist the pros and cons of imperialism.

The word imperialism is derived from the Latin verb “imperare”, which means ‘to command’ and from the Roman concept of “imperium” (expansion). The term was used first time in the sixteenth century, describing the colonial, territorial, economic, and military dominance and influence over smaller countries.

In the literal sense, ‘imperialism’ denotes taking over or controlling or expanding the society’s boundaries. This may be achieved via various methods. Imperialistic practices have existed since times immemorial, though the term was coined only in the 19th century. This “Age of imperialism” refers to the territorial expansion of the United States of America, Great Britain, Japan, and Germany.

Technically, it could be stated that the last two centuries witnessed the freedom of many states from colonization. However, imperialism also has changed its definition, superficially though. Industrialized nations, like the USA and European countries have now gained cultural, economic, political, and military imperialism worldwide. The article highlights some pros and cons of imperialism, in general.

A general overview of the positives and negatives of this concept is enlisted below.

The countries that were supposedly colonized by the superpowers brought about brilliant infrastructure and machinery in these nations.

Imperialism brought about industrialization, and by extension, globalization.

While the statement might invoke controversy (since the superpowers may have had their own motives) the fact remains that they did bring about enormous changes in the standard of living in their respective colonies.

The level of literacy was catapulted to brilliant heights with the establishment of educational institutes.

The country’s resources were used for efficient manufacturing and trade, thereby increasing economy.

With inexpensive and abundant workforce and raw material, industrialization improved by leaps and bounds.

Imperialism resulted in exchanging of cultural ideas, traditions, customs, and the like.

Both the nations were made aware of their varied cultures, and culture is an essential component that unravels the nation.

Thus, the exchange of cultural ideas helped promote the exchange of language, food, attire, religion, etc., making way for the nations to broaden their horizons and keep an open mind.

Myriad technological advancements were brought about due to imperialism.

Even though many nations gained the higher pedestal long after imperialism dissolved (and some are still behind), the concept did bring about strategic changes to the colonies.

Innovations in health care, science, and information technology revolutionized the world, leading the nations to proceed towards globalization.

Trade increased significantly, with competition between domestic and international markets.

No person or organization or nation likes to be controlled by some other entity. It is a similar analogy in case of imperialism.

It caused (and may still cause) discord among groups who co-existed harmoniously prior to colonization.

The superpowers obtained inexpensive labor and natural resources from the colonies, and this led to a gap of differentiation between the nations.

Political foul play became evident, and took a turn for the worse as the practice continued.

Perhaps the word ‘slavery’ might come across as extremely harsh, but the truth is that many of the citizens of the colonies were shipped and used without their consent.

Separation of land and colonies led to strained relations between the citizens, thus causing them distance away from their birth country, rather, their birthright.

While exchanging of culture and traditions is an extremely good factor, it should not be forced upon.

Some colonies were unfortunately exposed to this kind of discrimination; they were forced to accept foreign cultures and ideas and thoughts, despite severe protests.

As mentioned in the paragraph above, labors were forced and made to work; slavery was especially rampant in the continent of Africa.

Workers, natural resources, and the country’s original wealth were being exploited.

Racial discrimination was prominent and led to ugly wars.

Natives were being exploited and punished for not accepting the beliefs of the nation in power, and this led to political and cultural exploitation.

The original culture was simply wiped away due to domination of the powerful nations.

Imperialism has its own positive aspects, but in the long run, if greed takes over the reason for helping another nation, it will only have negative consequences. As a part of the globe, it is important that nations resolve conflicts and help each other rather fight so that the generations to come are not severely impacted by the actions of a few. 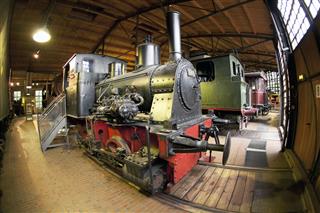 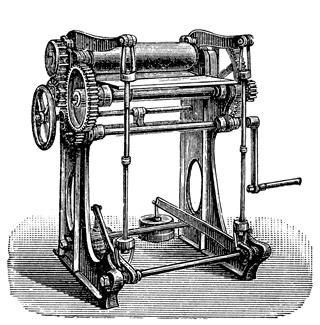