Stunning Facts About the Roman Coliseum That’ll Leave You Spellbound

The greatest work of Roman architectural genius, the Coliseum is an iconic monument, symbolizing the imperial Roman Empire. Its aesthetically perfect form is in stark contrast with its original purpose. Delve into some of the most fascinating facts about the Roman Coliseum.

The greatest work of Roman architectural genius, the Coliseum is an iconic monument, symbolizing the imperial Roman Empire. Its aesthetically perfect form is in stark contrast with its original purpose. Delve into some of the most fascinating facts about the Roman Coliseum. 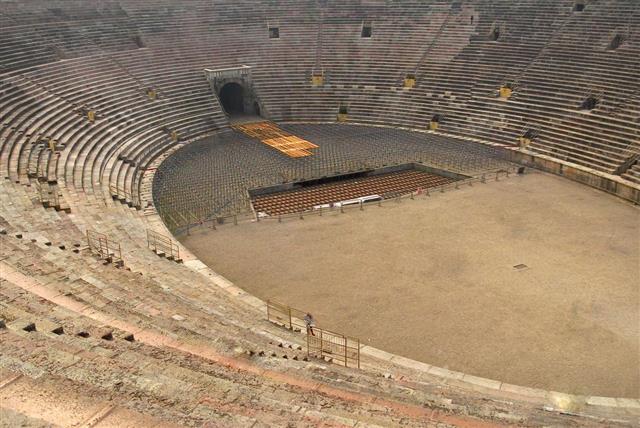 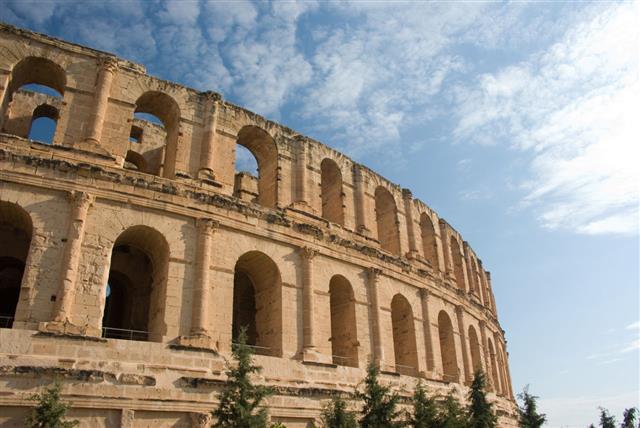 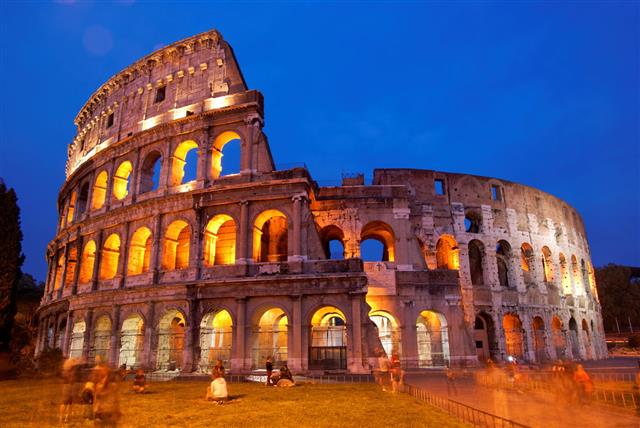 Quote on the Roman Coliseum

The Coliseum, also known as Colosseum, is an elliptical amphitheater situated in the center of Rome. Originally named as Amphitheatrum Flavium or Flavian Amphitheater, it is not only the biggest amphitheater ever constructed by the mighty Romans, but also the largest in the world.

It is one of the seven wonders of the world, symbolizing the exceptional talents of the Roman architects and engineers. Today, although the colossal edifice stands in a partially ruined condition due to numerous natural factors as well as human intervention, it still remains the most popular tourist attraction in Rome. Moreover, it also makes its appearance on the Italian version of the five-cent Euro coin.

Facts about the Roman Coliseum

The Roman coliseum was constructed during the time of the ancient Roman emperor, Vespasian. He was the founder of the Flavian dynasty, hence the name, Flavian Amphitheater. He initiated the construction in 72 A.D., but died before the building could be completed. The next heir to the throne, emperor Titus, patronized the further construction of the Coliseum, which was completed in 80 A.D.

According to early sources, the inaugural ceremony of the Coliseum was held for as long as 100 days, and there were numerous intriguing and dangerous shows and contests held for the entertainment of the people. Here are some of the interesting facts about the Coliseum.

The Coliseum stands in the center of modern-day Rome, on the eastern side of the site of the Roman Forum, the ancient Roman plaza that comprised government and administrative offices of the Roman Empire.

The Coliseum was built near the giant statue of Nero (a Roman emperor who ruled from 54 A.D. to 68 A.D.), known as the Colossus of Nero, and occupied a significant part of the precinct of Nero’s park. The name ‘Colosseum’ may have been derived from the Colossus. The Arch of Constantine lies right next to the Coliseum. It is a triumphant arch that was erected by the Roman Senate to commemorate the victory of the Roman emperor Constantine I in the battle of Milvian Bridge in 312 A.D.

There are various important buildings that stand in the vicinity of the Coliseum. Some of them include the Ludus Magnus, a school that trained gladiators; the Armamentarium, where weapons were stored; the Summum Choragium, which was used to store machinery; the Sanitarium, a medical facility to treat wounded gladiators; and the Spoliarium, where the dead bodies of the gladiators were disposed off.

Performances in the Coliseum

‘Munera’ were unsponsored shows, performed in public interest by the individuals of the elite class. These involved strong religious elements at times, and were held in order to serve the society.

‘Venatio’ or animal hunts were also popular among the ancient Romans. Wild and exotic animals were hunted and killed in front of a large audience, in the Coliseum and other Roman amphitheaters. For this purpose, animals such as rhinoceros, crocodiles, ostriches, hippopotamuses, bears, giraffes, lions, panthers, Caspian tigers, and elephants were specially imported from the Middle East and Africa.

Sylvae or reproductions of natural scenes were also held in the Coliseum. An entire set depicting a forest would be erected. Real trees, bushes, and animals were used for such shows. Interestingly, the Sylvae were occasionally used to carry out executions of the prisoners and other condemned people. In such cases, a person to be executed, played the hero of the tale, who was either killed by the beasts or burned to death.

In a nutshell, during the Roman empire, the Coliseum was clearly used for a number of gruesome and dangerous purposes. A large number of humans and animals were killed during the events, and an even larger number were injured, often for life.

Decline of the Coliseum

During the Middle Ages, the building seems to have lost its importance as an important public gathering place. On the contrary, there is evidence of the Coliseum being used as a fortress, and later on, as a stone quarry.

Some part of the building was occupied by a Christian Order in the 12th century, however, there seemed to be no particular religious reason for this.

In the 16th and the 17th centuries, under Pope Pius V, the Coliseum came to be considered as a Christian religious site, on account of being one of the prominent places of Christian martyrdom. He appealed to the Christian pilgrims to gather the sand from Coliseum’s arena, as a relic of the Christian martyrs who were assassinated within the structure.

About a century later, Pope Clement X declared the Coliseum as a Christian sanctuary, and closed its external arcades. However, the quarrying still did not stop completely.

In the 18th century, Pope Benedict XIV prohibited the quarrying of the Coliseum, and erected several Stations of the Cross around its arena, which were destroyed after 1874. The 19th century saw a number of Popes financing the restoration and repair of the structure.

Even today, the Coliseum has retained its Christian connection, in that on every Good Friday, the Pope leads the ‘Way of the Cross’ procession to the monument. Moreover, several crosses have been installed at specific points around the arena, perhaps marking the spots where the ‘Stations of the Cross’ once stood.

The Coliseum is a free-standing, elliptical structure that occupies about six acres of land. It was (and still is) an imposing structure during the Roman empire that could accommodate as many as 50,000 spectators at a time.

The Coliseum is predominantly a stone and mortar construction, and its arena was made of wood and sand. There were tall nets installed along the sides of the Coliseum to protect the spectators from possible accidents, resulting from a fall from a height.

Travertine stone was used to build the exterior of the building while tufa (a kind of limestone), and brick were used to construct the interiors.

The pedestals were made of marble blocks. The total amount of marble used for the construction was approximately 100,000 cubic meters. Historical evidence reveals that 200 bullock carts were used to transport the marble to the construction site.

The entrances facing the four cardinal directions were supposedly the ones used by the royalty and the elites. These were ornately decorated with painted stucco reliefs, some fragments of which, still survive.

Sources say that the Coliseum was designed in such a manner that when filled to its full capacity, the entire strength of the audience could be dispersed, and the amphitheater emptied, in the matter of just a few minutes.

Originally, it had four floors – the first three floors had wide-arched entrances, and the fourth floor had rectangular doorways. The height of each floor was approximately 32 to 42 feet. The total height of the entire structure is roughly 144 feet. The size of the arena is roughly 260 x 148 feet.

The interior of the Coliseum is divided into three major parts viz., the arena, the center stage, where performances took place; the podium, the place of honor; and the cavea, where animals were kept before the combats.

The seats were arranged according to the ‘social status’ of the spectators. The seats on the first three tiers from the top were usually reserved for the nobles, while the common public used the seats from the fourth tier onwards.
The arena had subterranean chambers known as hypogeum, where the gladiators and the animals rested before the performance. These were connected by means of underground tunnels to a number of other related facilities outside the Coliseum. For instance, one of the tunnels connected the Coliseum to the Ludus Magnus, while another one connected it to the nearby horse stables.

The hypogeum also contained different kinds of machinery and equipment that were needed during the performances. This comprised a number of elevators and pulleys and other hydraulic mechanisms, which helped in the filling and disposal of the water.

At the time of the navalia proelia, the wooden flooring of the arena was removed and the entire area underneath it, was filled with water. It was disposed off via underground drains after the performance.

Today, the upper floor of the outer wall houses a museum dedicated to Eros, the God of Love.

In 1643, a Roman herbalist named Domenico Panaroli, documented and cataloged the flora growing on the interior walls of the Coliseum in his compilation named Plantarum Amphytheatralium Catalogus.

According to his research, a large number of flora found on the interior of the Coliseum were exotic plant species, which had adapted themselves to the climatic conditions of ancient Rome.

The seeds of these plants probably came to Rome through the coats of the animals, which were imported from faraway lands.

Since then, about 685 exotic species of plants have been identified in the Coliseum by various botanists.

These plants serve as a good research material for the botanists to study and analyze the effects of climatic changes, population rise, migration of birds, etc., on the vegetation.

The Coliseum of Rome has thus, come a long way. It is indeed fascinating that a structure, which started off as a venue for deadly combats, transformed into a fortress, a quarry, and ultimately, a religious sanctuary. However, its original grace and beauty never ceased to exist. Today, a large number of tourists visit the edifice from across the world, in order to experience ancient Rome. 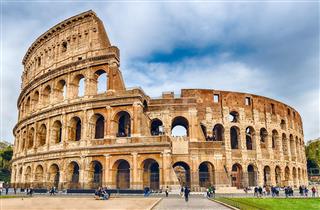 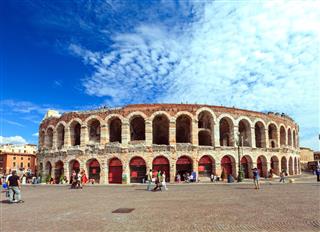 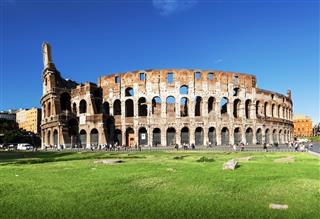 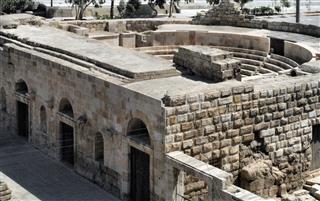 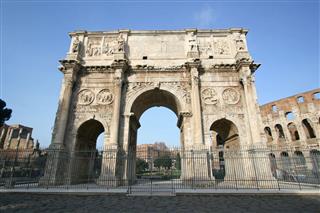 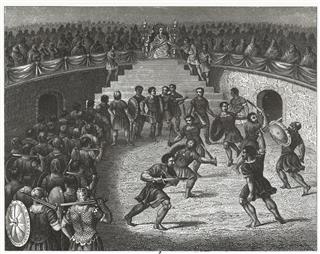 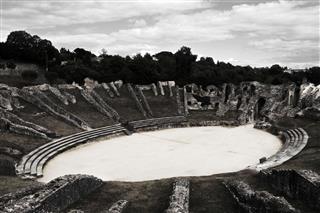 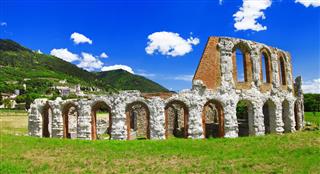 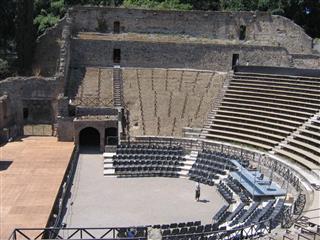 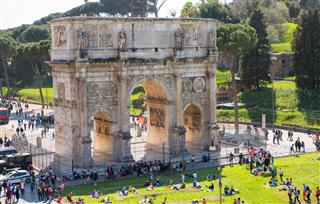 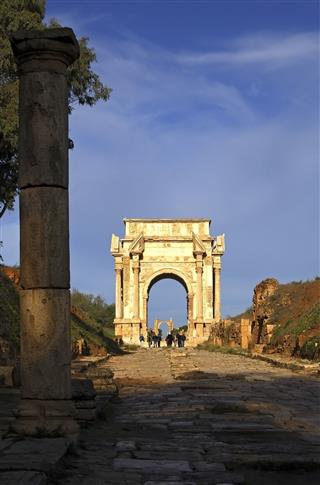 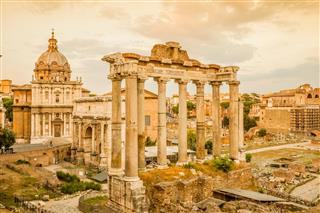 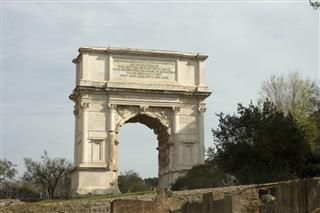 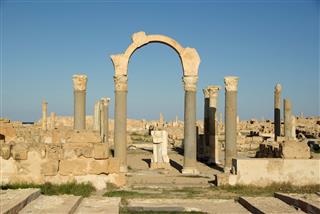 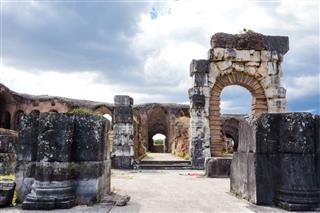 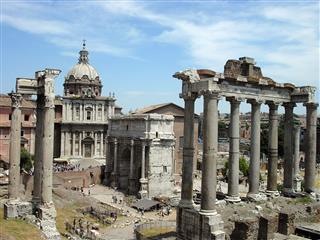 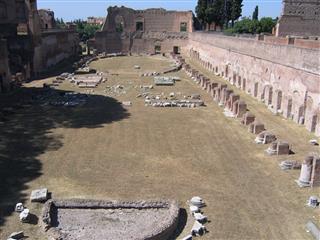