In recent centuries, Britain ruled over most parts of the world, and ruled quite gruesomely. It colonized many nations, and passed many laws for easy administration and total control, even in areas which were far from its reach. Historyplex talks about the significance and effects of the British policy of 'Salutary Neglect', which was one of the policies adopted by Britain for the ease of better governance. 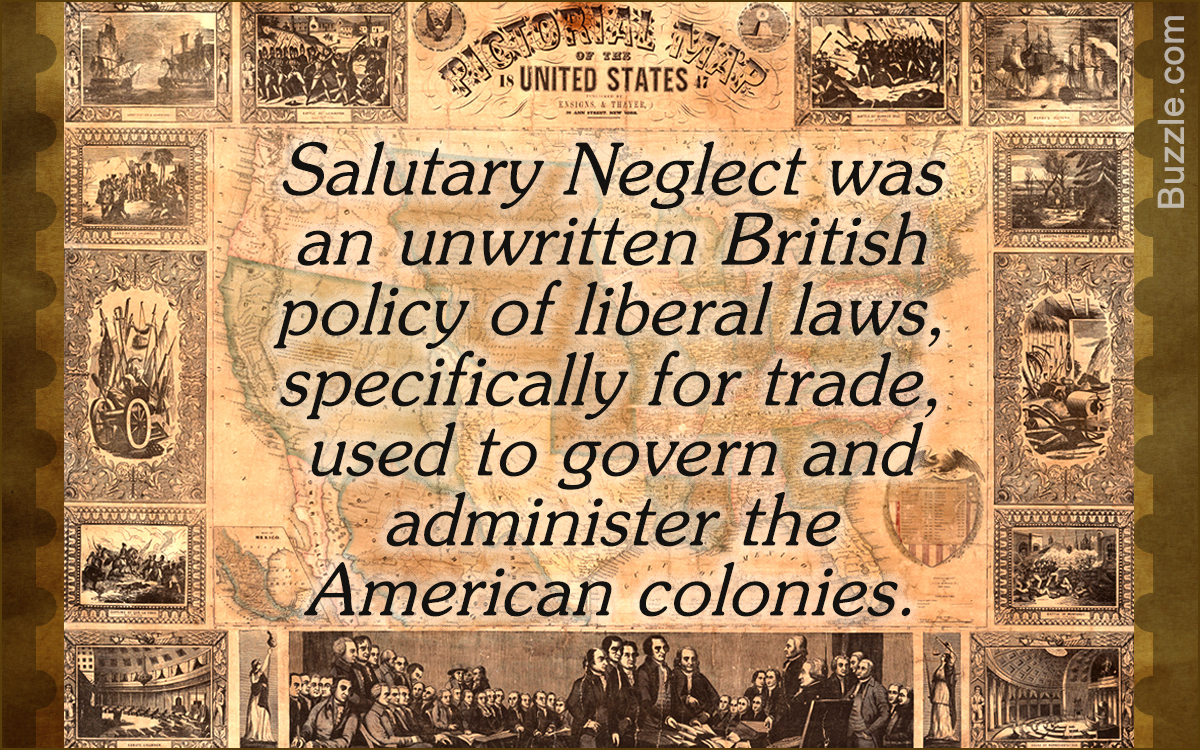 In recent centuries, Britain ruled over most parts of the world, and ruled quite gruesomely. It colonized many nations, and passed many laws for easy administration and total control, even in areas which were far from its reach. Historyplex talks about the significance and effects of the British policy of ‘Salutary Neglect’, which was one of the policies adopted by Britain for the ease of better governance. 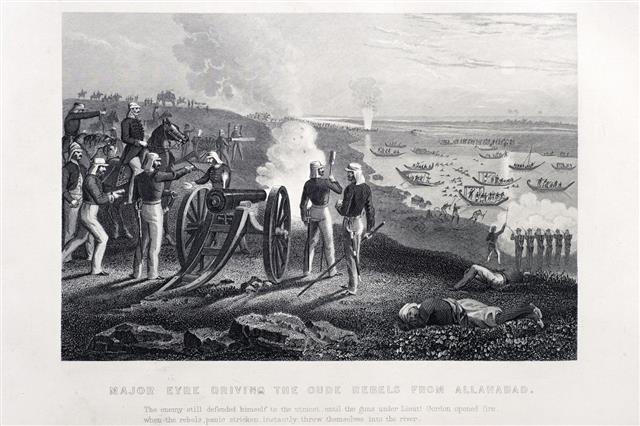 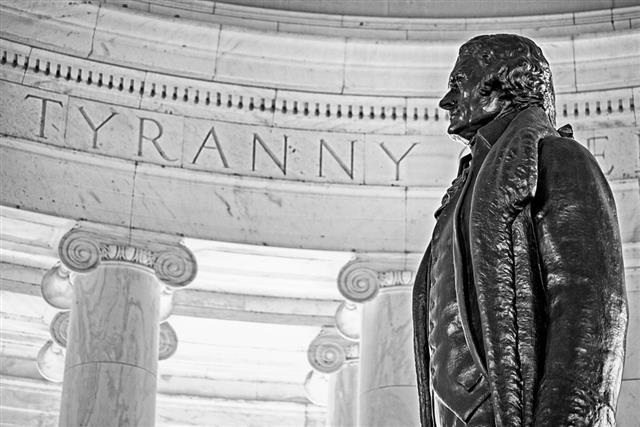 Salutary neglect was a method of garnering and maintaining American loyalty towards the British Empire.

When America was born, it was inhabited by people who were originally British. They had English blood in them, and were English in most ways. So, when Great Britain colonized half the globe, America being one of those many British colonies, Britain was actually ruling over its own people who were simply staying in another country. This ideology prompted the introduction of a set of laws which granted liberty to America, despite its state of colonization. This set of laws is known as the salutary neglect. It typically granted freedom and liberty to America to not follow the laws pertaining to trade activities. The period of salutary neglect extended between 1607 and 1763.

Before defining salutary neglect, it is important to know the key terms of it in order to comprehend the definition accurately. The definition has the terms ‘trade’ and ‘unofficial’. This implies that the law was not documented, and it was mainly focused on trade. Now let’s see its define, and know more about its postulates and purpose.

British Prime Minister Robert Walpole visualized to kindle and advance trade and commerce, and hence, was conceptualized the salutary neglect. An unofficial set of laws, it was responsible for granting relaxation or leniency in the stringent parliamentary laws, mainly for trade, and simultaneously securing loyalty from the colonies.

The maiden use of the term was made in 1755 in a discourse in the parliament, which was held to discuss the steps that would be taken in order to bridge the differences between Britain and the American colonies.

After all, the main aim of any superior country like Britain, which ruled over the smaller nations, was to oversee all the happenings in those smaller nations with the help of strict administration, and in return ensure total loyalty and authority from the subjugated nations. Britain was certainly adept in fulfilling this process, by forming and deforming laws, conveniently.

What is Salutary Neglect?

Now, the pressing question was, why was a set of laws called ‘neglect’. Well, the reason is, Britain was the mother country, and the colonies that it commanded were treated as her children. In essence, Britain acquired most of the profit, and the remaining was to be shared within her colonies.

Eventually, Britain realized that the American colonies would excel in trade, and also remain allied towards her if the rules and regulations were to be relaxed. Thus, for a prolonged period, the American colonies were allowed to flourish and prosper independently, all squares, ranging from military, religion, politics, economy, legislature, and trade and commerce.

Britain didn’t look at the functioning of the American colonies critically, thus, in a way, ‘neglecting’ America for good. This made her bask in independence of sorts, without the feeling of dominance from a superior holding. As such, the American colonies were spared from British interference.

Effects and Significance of Salutary Neglect

►The impact that the salutary neglect had on the American colonies were more distinguished in the fields of trade and commerce. Economic prosperity scaled new heights. The impact was multifarious, and was noticeable in all domains.

►Salutary neglect helped America carve an identity which was autonomous, and in return, it was required to adhere to the colonization inflicted upon them by Britain.

►Legislative assemblies were formed in the colonies, thereby crafting their own independent government.

►All thirteen colonies now had their respective government, which demonstrated shades of democracy.

►Trade was carried on with France, Spain, New Orleans, and this readily helped the American colonies prosper.

►When the salutary neglect was proposed for the American colonies, the strict Navigation Act was relaxed in the area.

►The Navigation Act embodied the laws which scrutinized the navigation of the trade that happened in the coastal areas. It aimed to regulate and administer the overall trade that used to take place in the sea route. This was applicable in all the colonies which came under British rule.

►The Navigation Act was also aimed at ensuring the monopoly of the British entrepreneurs, and also regulated competition. It also enabled them to have an upper hand and share on the products which came from its colonies. The colonies were rich in raw materials like sugar, tobacco, and also cheap labor.

►The next significant development was the formation of the House of Burgesses. It was established in Virginia, which happened to be the first colony where independent legislature was formed in America during her days of imperialism. This reduced the price of tobacco.

►The house could make laws that were vetoed for by the governor and other authoritative members. However, eventually, over time, Britain started to exercise her control upon this royal colony of Virginia, which in turn reduced the power of the House of Burgesses.

►The next milestone attained by the American colonies was in the field of commerce and trade. It happened easily in the presence of Triangular Trade, Foreign Trade, and Colonial Trade systems.

►Triangular Trade was a trading system in which goods, raw materials, and slaves were traded between the countries of America, the Caribbean islands, and Africa.

After the salutary neglect was called off in the American colonies, it was met with acute anger and dissatisfaction, thus prompting them to revolt, which over time was expressed in the form of the American Revolution. 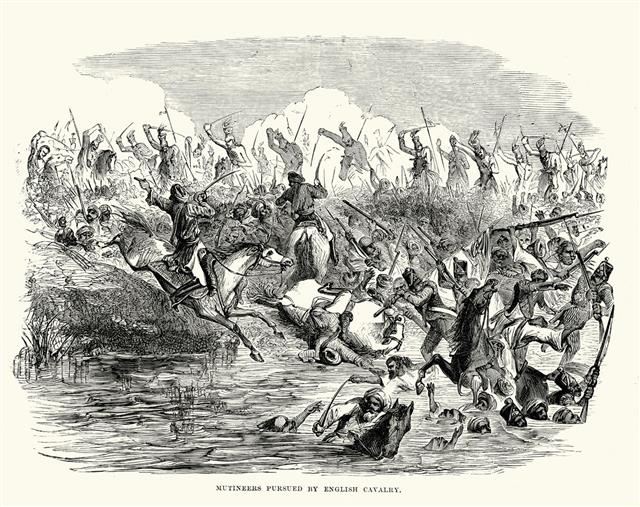