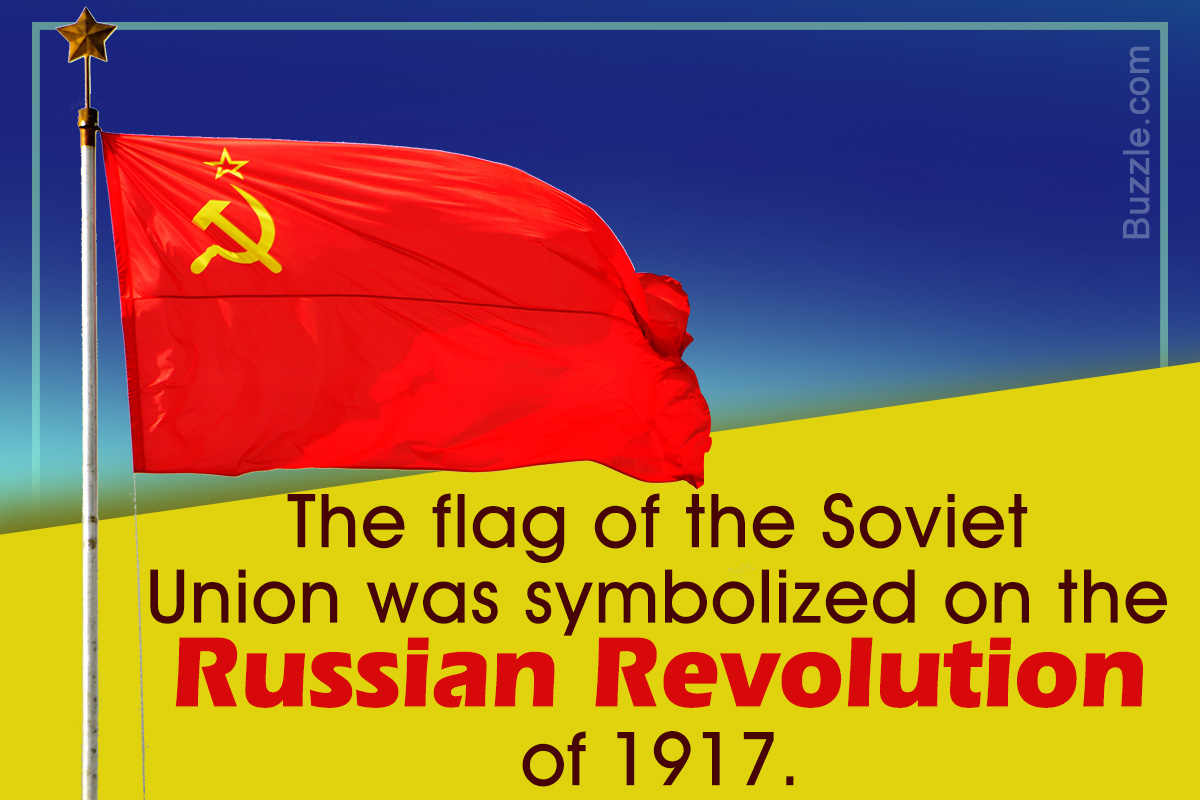 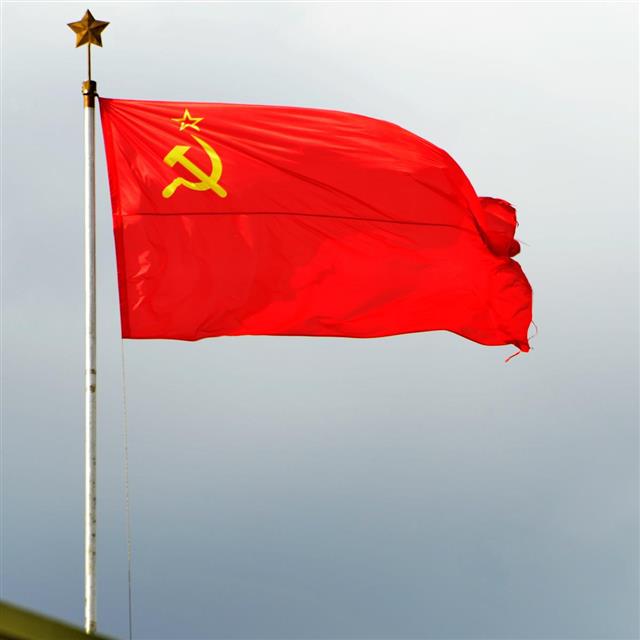 The flag of the Soviet Union was the official national flag of the state from 1923 to 1991. It was inspired by the struggles of the common man during the brutal Russian Revolution of 1917. Today, internationally, it is considered as the symbol of communism.

The design of the flag of the Soviet Union has a solid red field, with a unique golden emblem of a crossed golden hammer and sickle, and a gold-bordered red star above this in the upper hoist corner. Officially, the back of the flag is just a red field. However, the flags were usually weaved through, which meant that the symbols would appear on the other side in the reverse order.

So what did the Soviet Union flag represent? Although the color red has always had positivity attributed to it in Russian culture, in the Soviet Union flag, the red field symbolizes the blood of the workers and farmers that was spilled during their struggle for liberation in the 1917 Russian Revolution, by honoring the red flag of the Paris Commune of 1871.

The hammer symbolizes urban industrial workers, while the sickle symbolizes agricultural workers, who together as the working-class form the Soviet state. The golden border of the red star represents the life and energy from the sun, filled with the sacrifices of the Russian people. The five points of the star indicate the five known continents of the time, where the revolution was to spread. The star also represented the communist party, and its position over the sickle and hammer symbolizes its leadership over the working classes, in bringing them together to build communism.

Initially, during the Russian Revolution of 1917, the Bolsheviks considered a plain, red flag, to bring together the working class of the nation against the autocratic government. This flag was commonly associated with socialist movements all across Europe. However, after Lenin and Marx became victorious, the flag started to have communist overtones. To this end, the first red Soviet flag with the hammer and sickle was adopted in December 1922, at the First Congress of Soviets of USSR. In 1955, the flag was made official after a few minor changes on the hammer’s handle and the sickle’s shape. In 1980, a final was made, in which the red color was changed into a lighter shade. This flag remained the official national flag till the breakup of the Soviet Union on December 25, 1991, where it was changed to the present day tricolor.

Other Facts About the Flag

Though the flag of the Soviet Union may look like a basic combination of colors and symbols, each color and shape on it had a deep meaning, and meant a lot to the people of the time. Although it is not in use as a national flag today, it continues to inspire people and movements with similar ideologies.