A Brief Overview of Swedish People and their Culture

Learn about the culture of Sweden and the lifestyle of its people. Also take a look at some famous Swedes.

Home / Uncategorized / A Brief Overview of Swedish People and their Culture 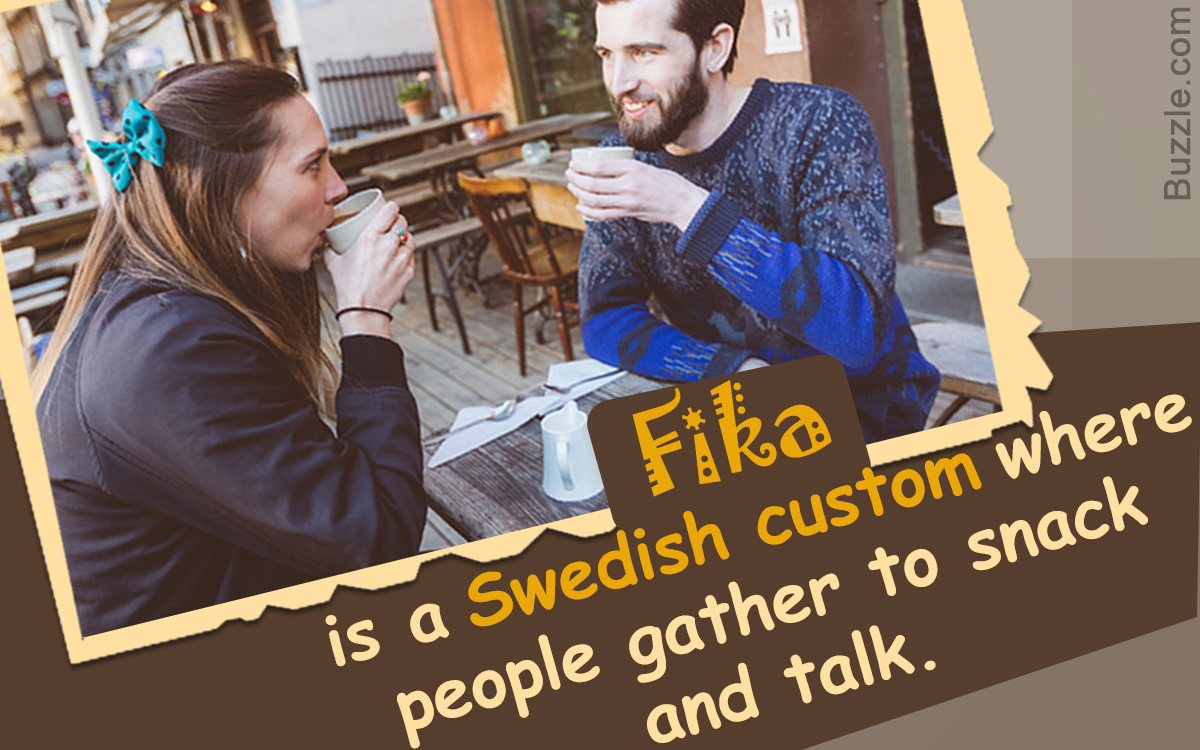 Learn about the culture of Sweden and the lifestyle of its people. Also take a look at some famous Swedes.

It is the people who make a nation. So understanding the culture of a country naturally involves knowing about its people. It is the lifestyle choices and traditions of the natives of a country that define its culture. Rather than referring to a group of people as being of a certain country, it is more correct to refer to a country as belonging to people who share its history, traditions, culture, and life’s values. So, let’s call Sweden the country of Swedes, instead of going the other way round. And on that note, here’s an insight into the people of Sweden and their rich culture.

Sweden comprises 25 provinces, each with a culture of its own, which is why they are recognized as cultural regions though not having any political or administrative significance. Swedish people belong to the Nordic ethnic group that is native to Sweden, Finland, and Estonia. Swedish people include the Swedish-speaking Finns and the most exclusively Swedish-speaking people of the Aland Islands. Swedish-speaking people have inhabited Estonia since the Viking Age. During the Second World War, most of the Estonian-Swedes moved to Sweden. Today, a few hundred Estonian-Swedes inhabit Estonia and a few hundred are found in Ukraine. There is a debate over whether people from Finland can be called Swedes. Swedish people migrated to the US and Canada in the 19th and the 20th century.

Catholic Church and Germany have influenced the culture of Sweden. During the 18th century, France impacted the Swedish culture. Presently, Swedes have largely adopted the modern Western culture. The Swedish are honest and hardworking. Corruption is less prevalent in their country. They value the environment and are vigilant about the protection of animals. Swedes love coffee. A simple meal that is a combination of potatoes, meat, and vegetables forms a part of their daily diet. They enjoy sailing, ice fishing, and swimming. The people of Sweden are deeply rooted to their families and religion. Most of their festivals and holidays revolve around their religion and are about the coming together of family and friends.

Considered as a part of Nordic art, Swedish art bears influences of the art of Europe and the United States. Viking art, which exemplifies the Nordic influence on Swedish art, has survived in the form of stone monuments around the countryside and objects that have been excavated lately. Petroglyphs and other Stone Age expressions represent art of the Stone Age. Rune stone, an art form representing the Nordic culture, and spiral and animal ornamentation were seen in the Bronze Age. Christianity brought with it, new iconography to Swedish art. The Gothic style came in during the later half of the 13th century.

The architecture of early Sweden was characterized by wood. Stone came in later. The Danish churches and Cathedrals are a part of the architectural heritage of Sweden. The influence of the Swedish art of the olden times is apparent in its frescos and altarpieces. 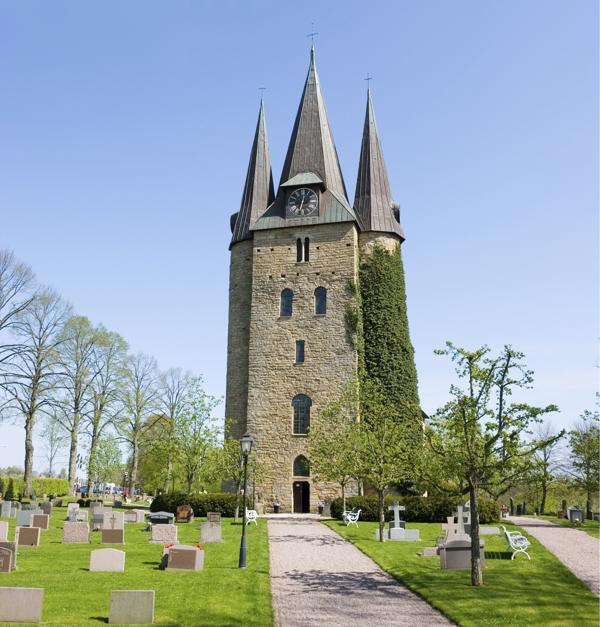 Husaby, a village in Sweden is known for the Husaby Church characterized by steep walls and high towers, which is perhaps the only piece of Romanesque architecture in Sweden, of this kind. It was a wooden church in the 11th century until 12th century when a stone church was built. 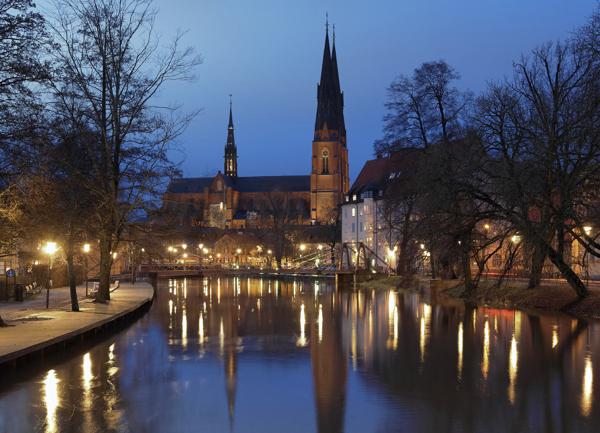 The Uppsala cathedral, situated between Uppsala University and the River Fyris, dates back to the 13th century. Standing 389 feet tall, it is the tallest church in the Nordic countries.

Late 15th century witnessed the creation of visual narratives in churches. Princes were portrayed during the Vasa period. A cultural boom was part of the Liberty and Gustavian period. In the years after the 1880s, Swedish art began to get international acclaim. In the 1900s, modernism followed by surrealism and expressionism were seen in Swedish art. 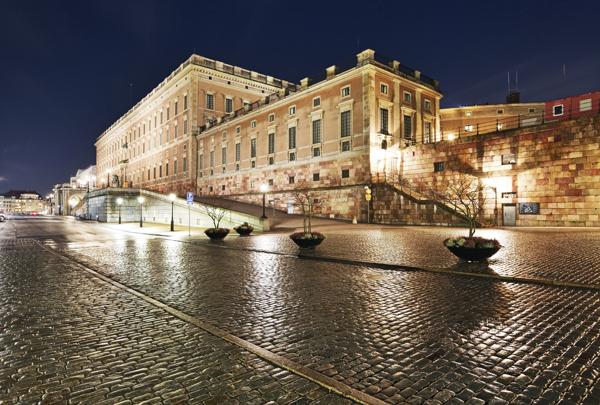 Inaugurated on December 7, 1754, Stockholm Palace or The Royal Palace is the official residence of the Swedish monarch. It also houses offices of the king, the other members of the Swedish Royal family and the office of the Royal Court of Sweden. It represents the Baroque architectural style.

Timber dominated as a building material in the Middle Ages. Stone began to be used from the 12th century. The Gothic style brought in brick as a building material, and many cathedrals of the period were built in brick, while some others used limestone. Many cities were established in the 17th century. The Building School of the Academy of Arts and the Office for Supervision of the Building Industry established in the 18th century served as an impetus to Swedish architecture. The beginning of industrialization in the 19th century led to urbanization. 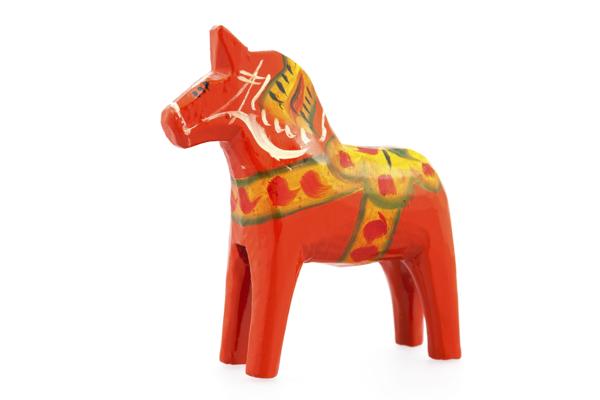 Once used as a toy for kids, the Dalecarlian horse (or Dala horse) is a carved and painted horse figurine that came from the Swedish province of Dalarna. Today, it has become a symbol of this province and of Sweden too. 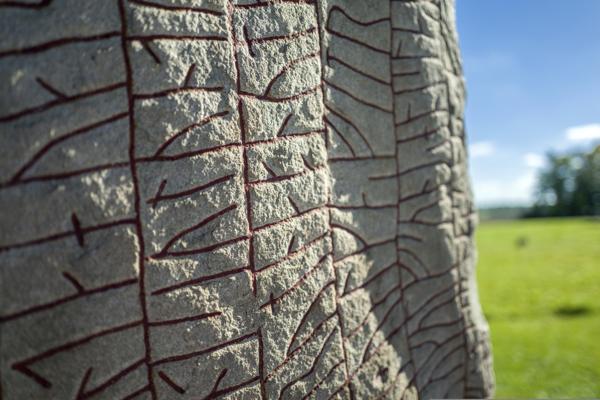 The Rok Runestone carved during the Viking Age is the first piece of literature from Sweden. During the Middle Ages, most writers used Latin. The Swedish language was developed further by authors of the 17th century.

Georg Stiernhielm was the first and a very important name in classical poetry writing and Johan Henric Kellgren was first in writing Swedish prose. The Emigrants (Utvandrarna) is regarded as one of the best works in Swedish literature. The country has produced famous writers like Selma Lagerlof and August Strindberg. The children’s book author Astrid Lindgren is a well-known Swedish.

The 18th century is considered as the Swedish Golden Age in science and literature, owing to high-quality works produced during this period. 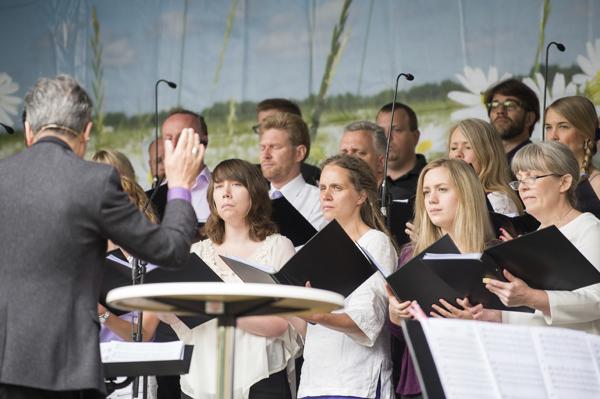 Music is popular among the Swedes. Sweden has given rise to many opera singers. A majority of the Swedish population belongs to different choirs.

The pop music group ABBA was famous in the ’70s and the ’80s. The Roxette band that came up in the late 1980s and early 1990s, is known for its delightful songs and is popular in the USA.

Indie pop/rock is an important part of the music of Sweden. Death metal is equally big. 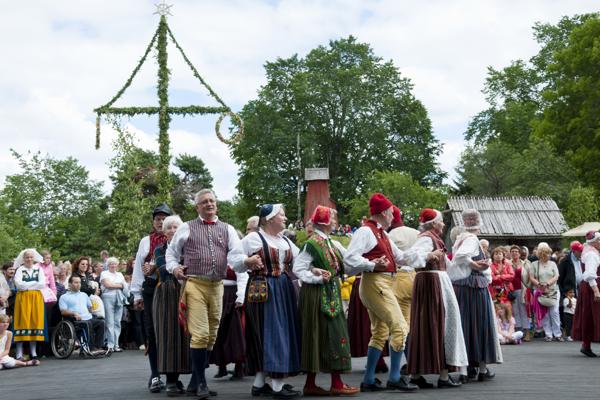 The Swedish wear their national costume on occasions like Midsummer (or St. John’s Day), a festival based on the summer solstice. Modern clothing of the Swedish has international influences.

Since 1983, Sverigedräkten (prominently blue and yellow in color, has been designated as Sweden’s National Costume.

The cuisine of North Sweden is different from that of the South. Reindeer meet used to be eaten in the Northern regions while fresh vegetables dominated the cuisine of southern Sweden. 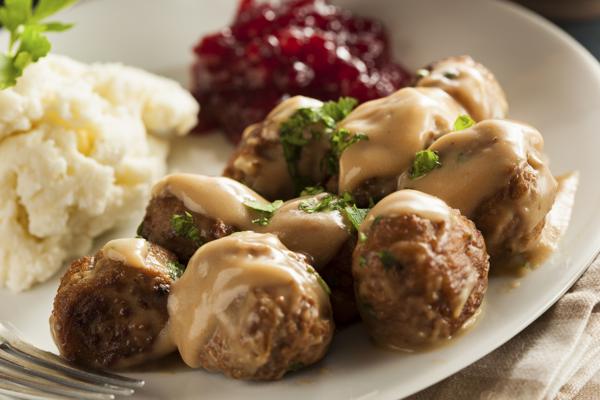 Meatballs and brown cream sauce with tart is a traditional dish of Sweden. Dairy products, berries and stone fruits, meat and seafood are the main constituents of the Swedish cuisine. There are a variety of breads in this cuisine and potatoes are often served as a side dish.

Bakery products like cookies, buns, and cakes are eaten with coffee. Fika, meaning “to have coffee” is a part of the Swedish culture. Today, it may mean having coffee, juice or other drinks or getting together for some sandwiches or a small meal. 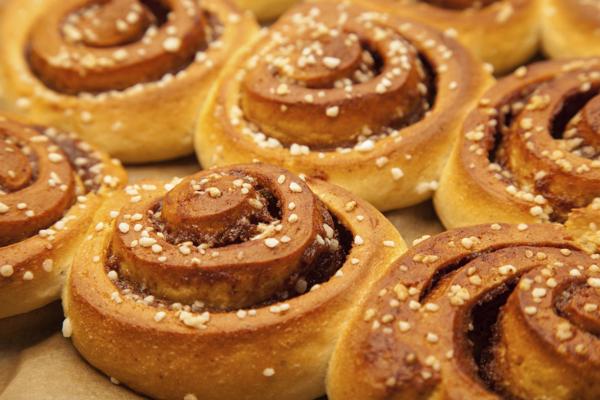 Cinnamon rolls are believed to have originated in Sweden, where they are called kanelbulle.

Here is a look at some notable Swedish people who made significant contributions to their fields and made their country proud.

Born on October 21, 1833, he is one of the most famous people in the world. He was a Swedish engineer, chemist, and the inventor of dynamite. In his last will of 1895, he devoted a large amount of his wealth for the establishment of the Nobel Prize. The prize honors achievers in the fields of medicine, chemistry, physics, literature, and peace. It was first given away in 1901. Alfred Nobel passed away on December 10, 1896 in Italy.

Born on July 26, 1886, he was a noted figure in the film and stage industry. He is known for his motion picture roles in the silent film era. He earned international acclaim for his role in the Stiller film, Gosta Berlings Saga in 1923. He gave his last performance in 1951. On April 8, 1965, he died of a short illness in Stockholm, Sweden.

Born in the December of 1740, she was a very famous singer, actress and composer. She was one of the first female Swedish singers. She was also the prima Donna of Opera. She is believed to be the highest paid woman artist of her time. She died in the March of 1828. She is remembered for her beauty and melodious voice. 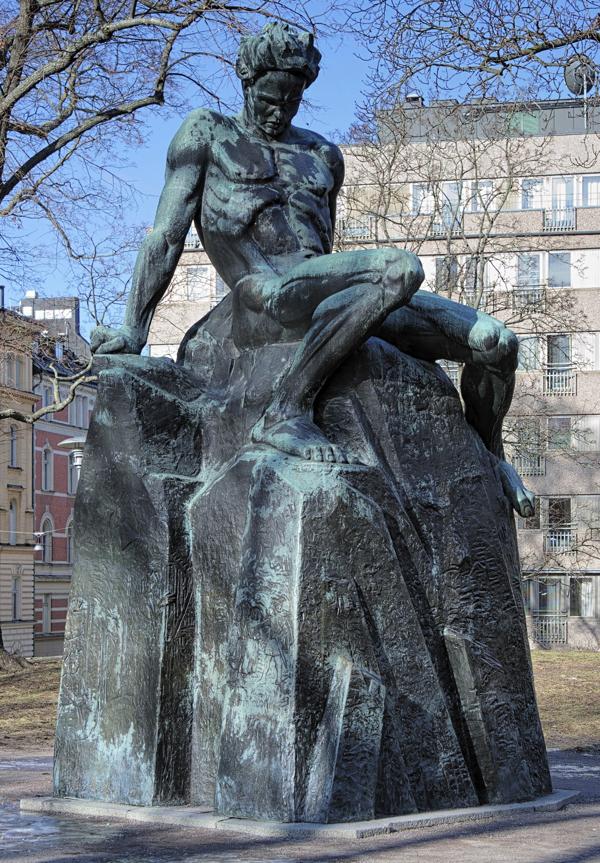 Born on January 21, 1849, he was a Swedish writer and playwright. His famous works include dramas like Master Olof, The Father and Miss Julie. The Son of a Servant is his autobiographical novel. Other interests of Strindberg included painting and photography. His death on March 14, 1912 meant the loss of the most notable figure in Swedish literature. His paintings are regarded as some of the most original artworks of the 19th century.

Born on January 14, 1962, he is a prominent songwriter in Sweden. Starting his career in music at the age of 16, he became a full-time songwriter in 1994. He is a part of the team of songwriters at the Cheiron Studios and has been nominated for a Grammy Award. 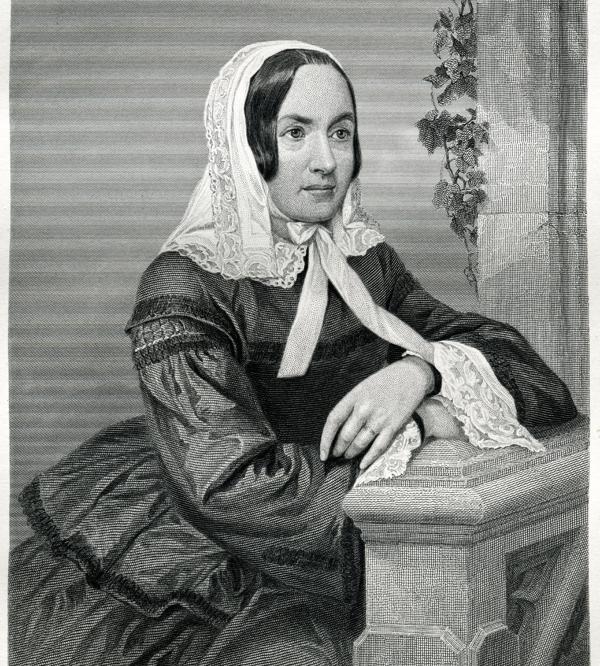 Born on August 17, 1801 she was a writer and feminist reformer. She mostly wrote romantic stories that were centered on independent women narrating their experiences about marriage. She is best-known for her Sketches of Everyday Life, which received popularity in Britain and the United States. She is known as the Swedish Jane Austen. Apart from writing, she also worked towards gender equality and women’s rights. She died on December 31, 1865. 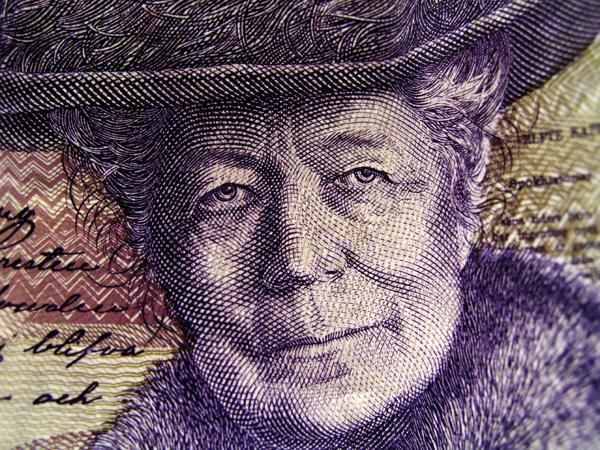 Born on November 20, 1858, she was a Swedish author. Starting as a school teacher and working on her story-telling skills, she wrote her first novel during her teaching career. She is most acclaimed for her children’s book called The Wonderful Adventures of Nils (Nils Holgerssons underbara resa genom Sverige). She was the only female writer to receive the Nobel Prize in Literature. She died on March 16, 1940.

Born on February 26, 1971, he is a songwriter, singer and record producer. After creating hit numbers for artists such as Backstreet Boys, Britney Spears and the like, he became popular. He is an eight-time winner of the prestigious ASCAP Songwriter of the Year Award.

This was an overview of Sweden’s culture followed by a list of some famous Swedes. The Swedish take great pride in their country’s cultural heritage. Their cultural values reflect in their daily lives.

3 Interesting Facts About the History of Personal Computing

How to Determine if a Story from History is a Myth

3 Interesting Facts About the History of Personal Computing

How to Determine if a Story from History is a Myth