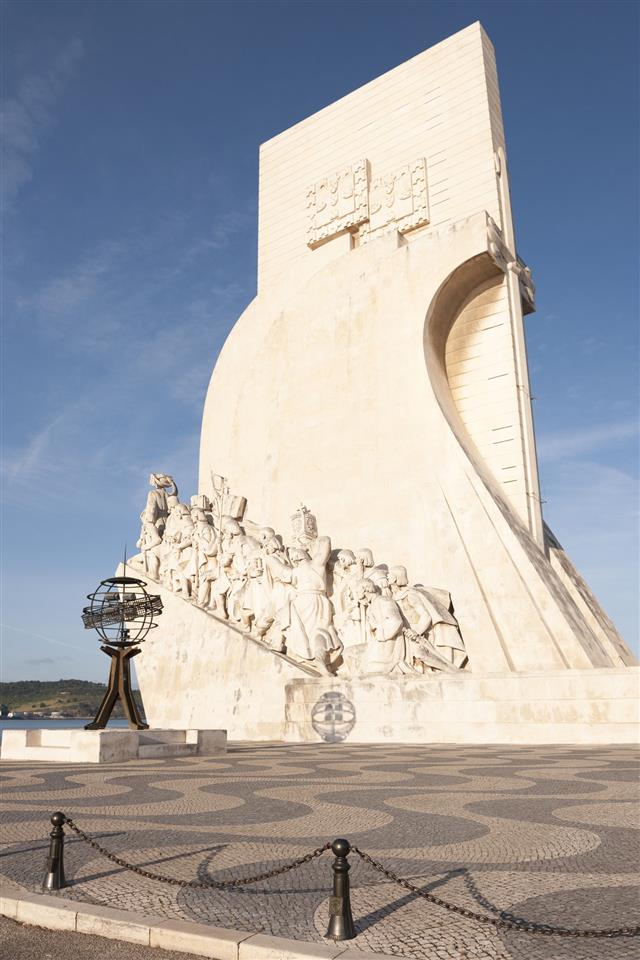 Vasco da Gama was a Portuguese explorer and one of the most notable figures in the European Age of Discovery. The Age of Discovery, also known as the Age of Exploration was a period between the early 15th century and the early years of the 17th century. During this period, the Europeans explored the oceans to seek options in trade. They used different types of sailing ships in their search of a trade route to Asia. The exploration began in Portugal with the creation of the carrack and the caravel shipping designs. They were the first ships to leave the Mediterranean to reach the Atlantic. In 1498, by reaching India, Vasco da Gama proved that access to the Indian Ocean from the Atlantic was possible.

Vasco da Gama was born in 1460 or 1469. The exact year of his birth is not known. He was born on the southwest of Portugal, possibly in a house near the church of Nossa Senhora das Salas.

He was the son of Estevao da Gama and Isabel Sodre. His father’s family was closely associated with the military Order of Avis and later with the Order of St. James. Vasco da Gama’s mother came from an English family.

During his childhood, Vasco da Gama was educated as a nobleman and he served in the court of King Joao II.

He was brought up in a maritime environment and trained in fishing, sailing, and swimming during his childhood.

At the age of fifteen he was a sailor. In Evora, he studied navigation and astronomy. Perhaps, he learned astronomy under the guidance of the astronomer Abraham Zacuto.

In 1492, King John II of Portugal sent Vasco da Gama to the port of Setubal to capture the French ships engaged in peacetime predations against the Portuguese. Vasco da Gama effectively accomplished this feat.

From the early years of the fifteenth century, the nautical school of Henry the Navigator was exploring the African coastline. Their plan was to reach India via a sea route. The plans were ongoing since Vasco da Gama was aged ten. There is an interesting story behind how Vasco da Gama was chosen on the mission of seeking a sea route to India.

It so happened that Bartholomew Diaz, a Nobleman of the Royal Household and a Portuguese explorer was chosen for the expedition to search for a sea route to India. He failed in accomplishing the mission after which Estevao da Gama was selected. Unfortunately, he died even before the project details were finalized. Eventually, the king had to choose Vasco da Gama for the voyage to India.

Vasco da Gama was known for his firmness and fortitude. He was a forceful individual. After the death of his father, Vasco da Gama took charge of the sailing expedition. He sailed from Lisbon in July 1497 and arrived in Calicut, India the following year.

Here’s a little about this first voyage of his. Starting on July 8 with four vessels, he headed south on his mission to find a sea route to India and the East. Going around the Cape of Good Hope, he sailed to the eastern coast of Africa in the direction of the Indian Ocean. By January 1498, many of his crew members had fallen sick and the expedition had to be halted. In March that year, he stopped at a Muslim city-state on the east coast of Africa, where he wasn’t received well. In April, they reached today’s Kenya. In May, they reached Calicut. The Hindus residing there greeted da Gama and his crew members. They stayed there for three months. In August, they embarked upon their journey back to Portugal.

It is said that the time chosen for this voyage was not right, as it was the beginning of monsoon. Due to the rough weather, they had to face many hardships during the journey and its completion took longer than expected. Also, one ship was burned (a decision taken to reduce expenses). Sadly, many of the fleet members died during the voyage, due to harsh weather conditions and illness.

After da Gama’s voyage from Africa to India, King Emmanuel I conferred on him the title ‘Dom’ or Lord. On returning, he was welcomed with a grand celebration.

Vasco da Gama showed signs of intellect and courage right from childhood. His family background helped in fostering his skills in navigation. His pursuit of acquiring navigational and sailing skills as also his leadership qualities, led him to become a naval officer at the age of twenty-three.

He married Caterina de Ataide and the couple had seven children (six sons and one daughter).

Not much is known about Vasco da Gama’s childhood but it was during the early years of his life that the foundation of this well-famed personality was laid. He is a notable figure in world history. He died in 1524. Even after hundreds of years after his death, he is still remembered as the discoverer of a sea route to India.