Why Did the North Win the Civil War

The American Civil War was a war that tore America apart. At least 600,000 American lives were lost in this 4 year battle, between the North and the Southern states of America. To learn why the Union or Northern army was triumphant against the South, read on.

Home / Uncategorized / Why Did the North Win the Civil War

The American Civil War was a war that tore America apart. At least 600,000 American lives were lost in this 4 year battle, between the North and the Southern states of America. To learn why the Union or Northern army was triumphant against the South, read on.

War is a destructive consequence of man’s political machinations and ambitions. While any and all forms of war are equally horrific, one war form that pits brother against brother, father against son and sets an entire country up in flames, is civil war. In the pages of American history, along with success and triumphs, is the bitterness of internal strife and battle with the occurrence of the American Civil War. This war took place from 1861 to 1865 and is ranked as the most deadliest war in American history! The Union or Northern States won the war against the South or the Confederacy. Instead of looking at causes or consequences, in this article we delve into the reasons as to why did the North win the Civil War.

Why the North Won the Civil War

The possible factors or points, contributing to the Union’s army victory, are as follows:

★ Numbers ★
There were 20 pure Union/Northern states with 5 border “slave” states fighting against 11 Southern states. The manpower on the Union side was much larger and outnumbered the Confederate army strength. Due to incomplete or lost records and the passage of time, it is difficult to even estimate the number of soldiers on either side. But roughly, the Confederate army could have had between 600,000 and 1,000,000 men. The Union had an estimated 1,550,000 to 2,400,000 soldiers.

★ Industry Superiority ★
The Union States had more money and financial resources to fight a war. They were sufficiently well-off to keep fighting and maintain troops with arms, food and medical attention. Industrial strength wise, once again the Northern states were superior. They had more factories and industries to provide the necessary ammunition, fuel and weaponry equipment itself. The South, in contrast, were mainly cotton and plantation owners, they did not have such advanced munition suppliers and depots. They had limited food and supply resources.

★ Location ★
Producing resources is not enough, it needs to be provided to the troops as well, in a timely manner. The South used traditional methods of transportation like by horse or steamboat, which had limited reach. A key mode of inland transportation, the railroad was lacking a proper infrastructure and was under-developed. Hence the South faced severe difficulties in supplying their troops with much-needed resources. Famine, insufficient arms, lack of medical supplies… such issues were repeatedly faced by the Southern troops. The railroad structure of the Northern states was a completely designed and fully-functional transportation system and reaching Union soldiers to provide supplies was not a problem.

★ The Union Blockade ★
In what was a smart and cunning war move, the immense Union Navy started a blockade on all Southern ports, lying on the Atlantic coast and the Gulf coast, to prevent any resources being sent to and from the Southern states. With the sea routes cut off, the South could not export any cotton, losing on financial income and could not replenish its dying ammunition stock, with imports. Not only was the Union Navy effective in its blockade, very few Southern ships attempted to break the blockade. This strategy was responsible for shortening the duration of the War drastically, as there were limited resources for the South to manage on.

★ Leadership Skills ★
I am more afraid of an army of one hundred sheep led by a lion than an army of one hundred lions led by a sheep. – Charles Maurice
The art of war is not only about brute strength or favorable locations. A sharp, keen political and military think-tank is necessary for planning and carrying out of wartime strategies and actions.

★ Political ★
One cannot compare leadership skills based on the outcome of a war. But with Abraham Lincoln as President and the support of men like Gideon Welles and Andrew Johnson, the Union was a pretty formidable opponent. It is said that the War was won primarily, due to President Lincoln’s resolve and steel will for victory and the way he inspired his fellowmen. He gave people a reason for fighting and was a hero to look up to. The Union was a mix of many American states and so its working was a freer, more bureaucratic atmosphere, with merit and ambition as key factors to gaining positions. On the other hand, even capable leaders like Jefferson Davis and George W. Randolph could not prevent the clannish and rigid structure of Southern politics, where everyone seemed to be looking out for his own end and aristocracy and bloodlines decided positions and rank. There were too many internal issues and conflicts present in the Southern political camps.

★ Military ★
Trained, completely military officers were all part of the Southern command. P. G. T. Beauregard, Stonewall Jackson and of course, Robert E. Lee, amongst others, brought major victories for the Southern cause. Their military tactics and strategies were precise and effective. But the Union army wasn’t lacking in talent either. Ulysses S. Grant, William T. Sherman and Winfield Scott are just a few examples of the prime military officers on the Union side. So if talent wasn’t the problem, what was? The Union army had a sense of camaraderie and cooperation amongst their officers. They rarely questioned rank and orders. But some of the top ranking Southern military officers would squabble with each other or show a difficult attitude towards accepting criticism or orders.

★ Attitude or Ideology ★
Ideals, beliefs, principles, faith… these are what inspires valor and courage in one’s heart and keeps willpower alive. The North was fighting for the eradication of slavery, amongst other causes. This noble cause inspired its soldiers, to fight for basic human rights and freedom of others. It also won the hearts of the slaves themselves, who joined the Union cause en masse to bring about their own freedom. Even the European nations, especially abolitionist England, did not want to intervene, partially due to the very rightness of the Union cause. Northern farmers were fighting for their very livelihood, which was being eaten up by the rich Southerner land owners, who had enough money to buy large tracts of land and many slaves to work on it.

The Civil War serves as a powerful reminder, of how fighting amongst each other, only hurts the nation in the long run. It took a long time for the physical damage and destruction of the War, to be healed. And emotional scars, they still run deep. Nearly 150 years after the first sign of fighting, the Civil War is a memory that history is trying to forget. 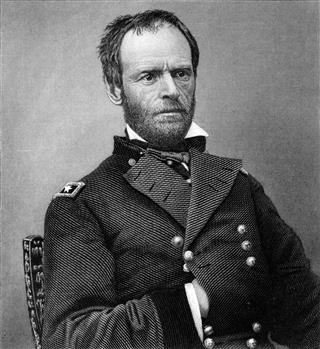 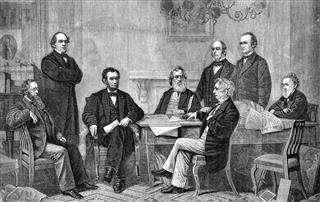 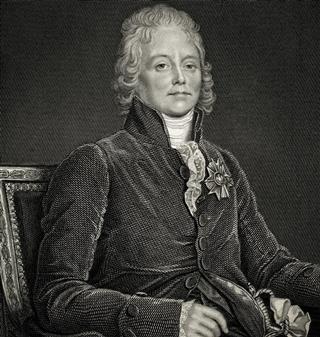 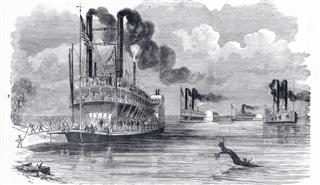